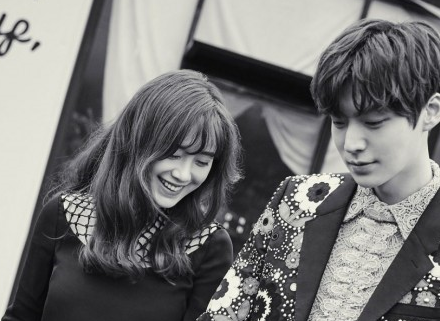 Watch: Ahn Jae Hyun And Ku Hye Sun Have A Crazy Adorable Phone Conversation On “New Journey To The West”

On the February 5 broadcast of “New Journey to the West” season three, the cast members went on a trip to China.

At the end of the day, the members prepared to turn in for the night, and each member spent some time on their own. Ahn Jae Hyun snuck away to the bathroom, where he stayed for an hour talking to his wife Ku Hye Sun. When he came out of the bathroom, the other members poked fun at him, asking what he was talking about for so long. He explained, “I had something to say to her, but I didn’t want to wait.”

The show also revealed another adorable conversation between Ahn Jae Hyun and Ku Hye Sun, where Ahn Jae Hyun calls to ask what Ku Hye Sun is doing, since she didn’t respond to his texts. He asks about her day and what she’s had to eat, among other things, ending with a sweet “I love you.”

Ahn Jae Hyun
Ku Hye Sun
New Journey to the West 3
How does this article make you feel?