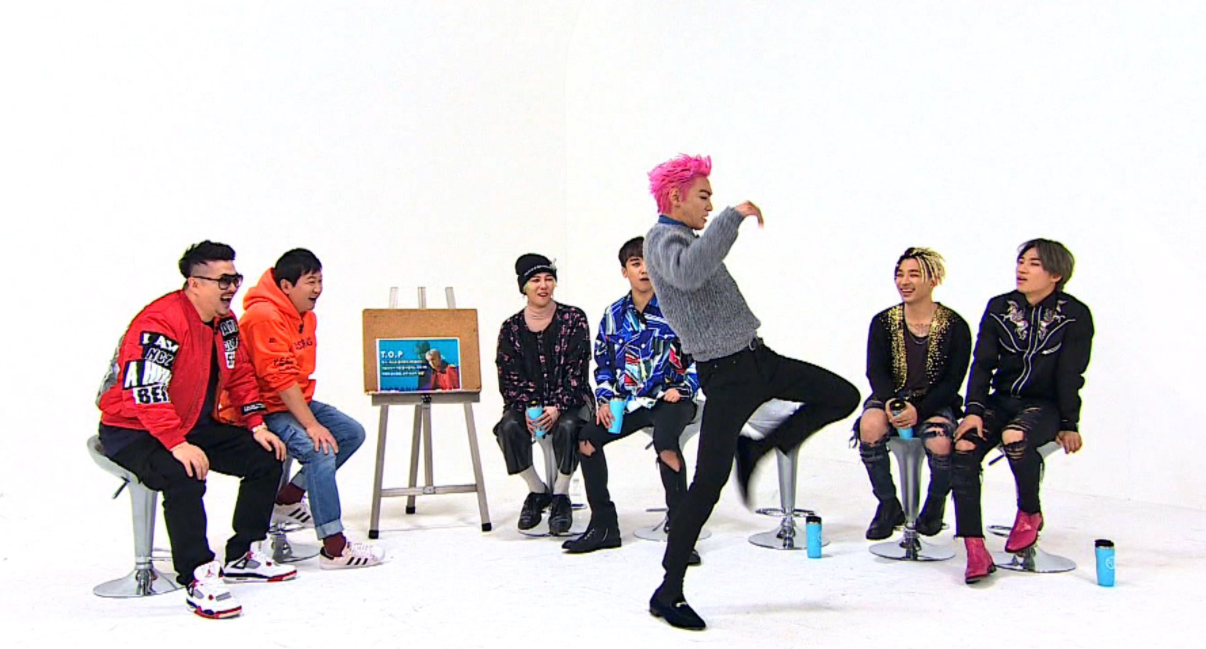 MBC Every1’s “Weekly Idol” will be sending BIGBANG’s T.O.P off in style as he is set to enlist in the military on February 9.

On February 6, “Weekly Idol” posted a series of photos on their Twitter account with the caption, “Goodbye, Mr. Choi Seung Hyun (T.O.P). Our upcoming T.O.P-dedicated episode. Releasing a big batch of videos that weren’t aired during the BIGBANG special.”

The photos seem to be stills from the unreleased footage, and show T.O.P in all of his “fourth dimension” glory, as well as a couple of group shots of BIGBANG.

The second part of BIGBANG’s “Weekly Idol” special recorded nationwide ratings of 1 percent, peaking at 4.02 percent for female teens (in the Seoul area) and setting a new record for the show.

“Weekly Idol” will be broadcasting the never-before-seen footage of BIGBANG on February 8 at 6 p.m. KST. The theme of this week is “So much fun 1+1” and the episode will also feature an appearance by NCT 127.