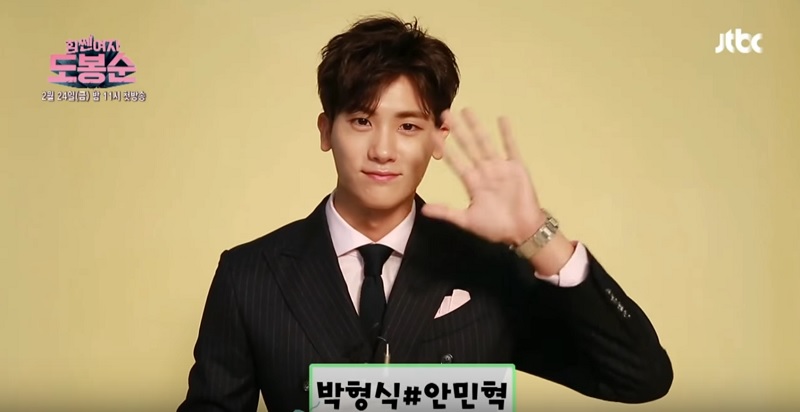 The first video showed how the posters in which Park Bo Young carried Park Hyung Sik and Ji Soo were actually shot. It was a male member of the staff who did the lifting, and the hard work had Park Hyung Sik a little worried for the man. When the staff took a rest halfway through, he patted the staff’s back while joking that it’s an extreme job. After their part was done, he appreciatively said, “He suffered the most,” as he shook the staff’s hand.

In the second video, Park Hyung Sik’s sunny personality shone through as he played around on set and kept on a bright smile the whole time.

He also gave a short introduction on his character Ahn Min Hyuk, saying, “He’s bright, prickly, and plays a lot of pranks. He also carries a bit of sorrow with him, and is a charming person.”

There’s also a cute segment after that where the cameraman asks Park Hyung Sik if he’s satisfied with the photos. The actor, who had just popped a bit of tangerine into his mouth, was caught by surprise, but he laughed it off and did his best to answer. With chipmunk cheeks, he replied that he is always satisfied because of the writer and the staff.

Park Hyung Sik
Strong Woman Do Bong Soon
How does this article make you feel?