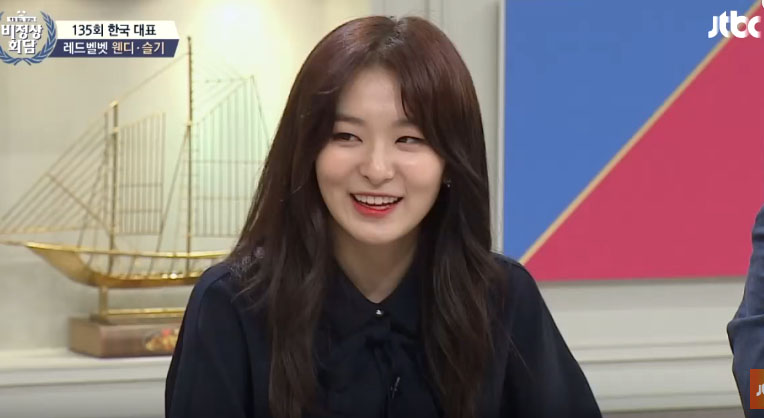 When Seulgi was asked why she thinks their group receives so much love from the public, she suggested it had something to do with their original and atypical concepts.

“Our debut concept was two-toned hair. When we first found out about our concept, we were uncertain about how successful it would be,” she admitted. “Even though we thought it was strange, and were worried others might do the same, people ended up thinking it wasn’t. I think those parts of [our concepts] appeared really unique.”

Meanwhile, the girls of Red Velvet are currently promoting their comeback album “Rookie,” which debuted at the top of the digital sales charts in eight different countries when it was released on February 1.

What were your thoughts when you first saw Red Velvet’s debut photos and music video?

Red Velvet
Seulgi
Abnormal Summit
How does this article make you feel?