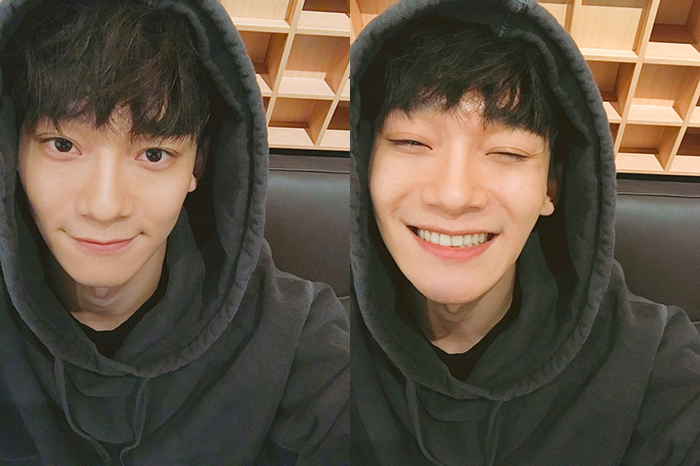 EXO’s Chen is just too kind and adorable!

On February 6, the singer took to the group’s official fan board to leave a few words after his collaboration with Dynamic Duo, “Nosedive,” won first place on the February 5 episode of SBS’s “Inkigayo.”

He excitedly started with lots of hearts, exclamation points, and laughter as he thanked everyone.

“When I was recording this song, I wanted it to be a small gift for everyone, something to tell you all that you’ve worked really hard through all the hardships this past year, and to say ‘let’s continue to work harder together in 2017,'” Chen explained.

The singer continued, “To think that I would instead receive the gift of first place like this… I’m once again touched by our EXO-Ls,” and promised to return the favor with more music.

He ended the post by thanking Dynamic Duo for giving him the opportunity to sing such a great song together, and once again reiterated the love and gratitude he has for his fans.

Give the beautiful and comforting song another listen below!

EXO
Inkigayo
Chen
How does this article make you feel?