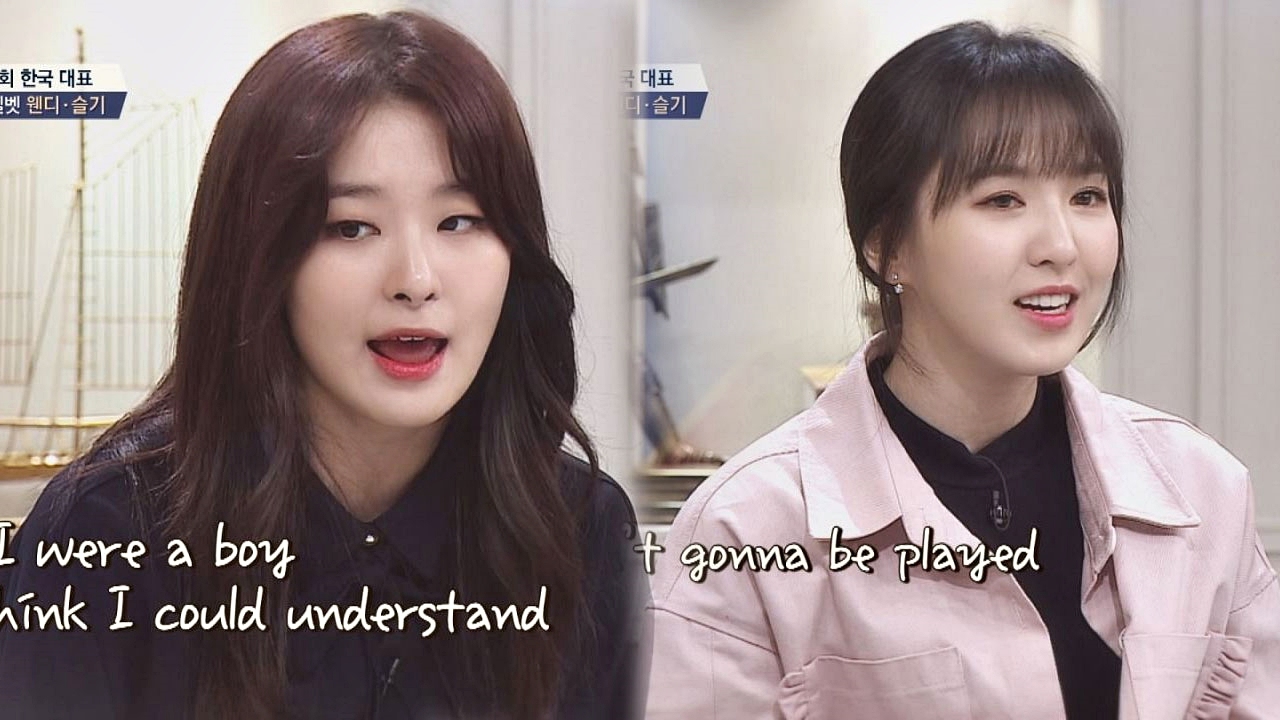 If only these were longer covers, because Red Velvet’s Seulgi and Wendy literally killed it!

The girl group members made guest appearances on the February 6 broadcast of JTBC’s “Abnormal Summit,” where they talked about a variety of topics such as their unique concepts.

When the hosts asked the idols which artists they like, Seulgi replied, “I was such a fan of Beyoncé ever since I was young. I would learn a lot from watching her performances, and [thought to myself,] ‘How can someone fill up the whole stage all by herself?’…She’s someone I respect very much.”

Prompted by the MCs, Seulgi sang a small portion of Beyoncé’s “If I Were A Boy,” and showed off her sweet vocals.

Wendy revealed her favorite artist is Jessie J, and that she cultivated her dream of being a singer while listening to her songs as a trainee. She then broke out into a short cover of Jessie J’s “Mamma Knows Best” with an admirable ease and confidence.

Check out their short, but soulful renditions below!

Red Velvet
Seulgi
Wendy
Abnormal Summit
How does this article make you feel?