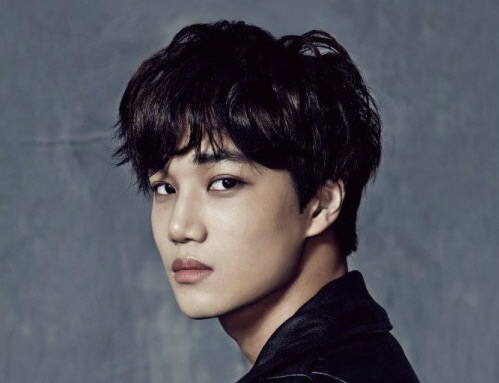 On February 7, KBS’s upcoming drama “Andante” revealed a glimpse of EXO’s Kai at the first shooting for the drama back in the middle of January.

In the images, Kai has perfectly changed into the 18-year-old high school student Si Kyung. His face seems to reflect some sort of worry or fear, making fans wonder how the drama will unfold.

On the first day of filming, Kai lightened up the mood with a smooth smile and enthusiastic attitude. Even the director was surprised by his dedication when he saw that Kai had prepared various voice tones for even the simplest scenes. Kai went from sly to innocent depending on the scene, portraying the complicated mind of a high school student.

A source from the production team complimented Kai, saying, “Despite the cold weather and harsh schedule, Kai is continuing to film optimistically, showing his professional attitude. His character will be facing drastic changes later in the drama, so there is still much more that Kai will be able to show us. Please look forward to it.”

Meanwhile, “Andante” is a pre-produced drama that shares the story of Si Kyung, a kid from the city who transfers to a high school in the countryside. As he takes on various unfamiliar experiences, he grows and learns about the true meaning of life and love.

Stay tuned for more updates on the drama!