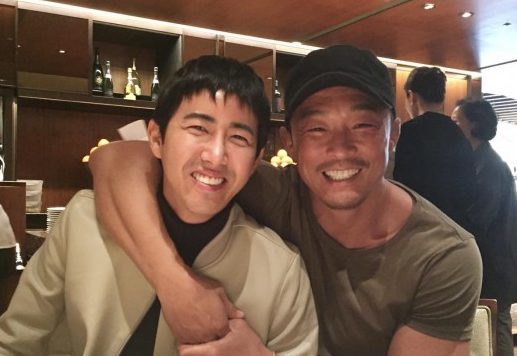 A source from Bonboo Entertainment announced on February 7, “We recently signed an exclusive contract with Kwanghee. He and Choo Sung Hoon met while filming for SBS’s ‘Law of the Jungle,’ and they have been close ever since.” The two entertainers’ friendship was already widely known, as Kwanghee had made a special appearance on KBS2’s “The Return of Superman” to teach Choo Sarang how to write in Korean.

The agency source additionally commented, “We will be helping Kwanghee wrap things up before he enlists in March, and once he returns from the army, we will begin making future plans.”

Meanwhile, Kwanghee continues to star in “Infinite Challenge” and will make an appearance on “Inkigayo” as a special MC on February 12.

Kwanghee
ZE:A
Choo Sung Hoon
How does this article make you feel?