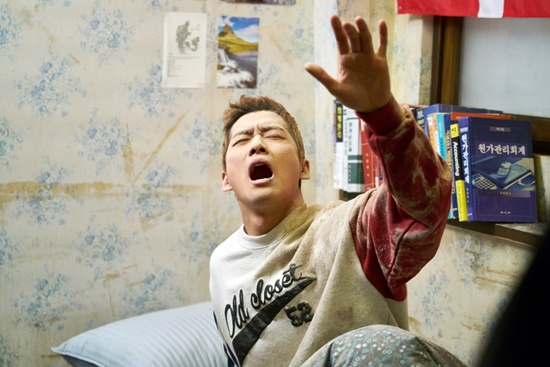 On the upcoming episode of “Chief Kim,” Namgoong Min will be involved in a literally “messy” situation.

In the preview photos, Kim Sung Ryong (played by Namgoong Min) has lime powder all over his face and body. His comical scenes have been quite hilarious to watch, and it seems like the character’s funny misfortunes have yet to end.

This “lime powder” scene was filmed on February 2. The so-called lime powder was actually a non-hazardous mixture of potato powder and cocoa powder, and this scene was perfectly carried out thanks to the help of the makeup and special effects team. Namgoong Min had to be covered in powder and repeat this scene over and over to get various angled shots, but the actor remained professional and stayed focused. 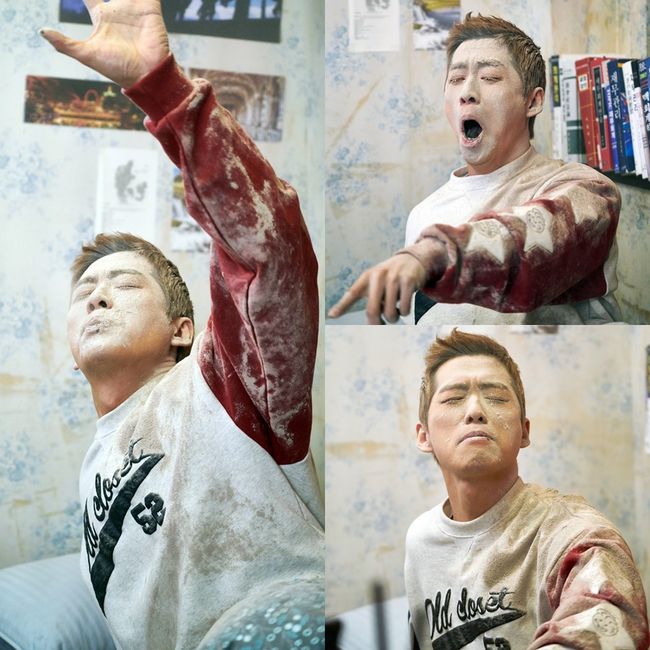 Even though the powder went into his eyes, nose, and mouth, he suggested, “Please spray more powder [on me],” and was eager to create better scenes. Moreover, when he was done filming and the staff had to blow-dry his whole body to get the powder off, Namgoong Min spent the time patiently reviewing his filmed scenes.

The production company stated, “Namgoong Min has undergone shocking transformations for his character Kim Sung Ryong. He has completely melted into the character and showed off his comical and serious sides. Please look forward to seeing more of Namgoong Min’s unique and unexpected charms from now on.”