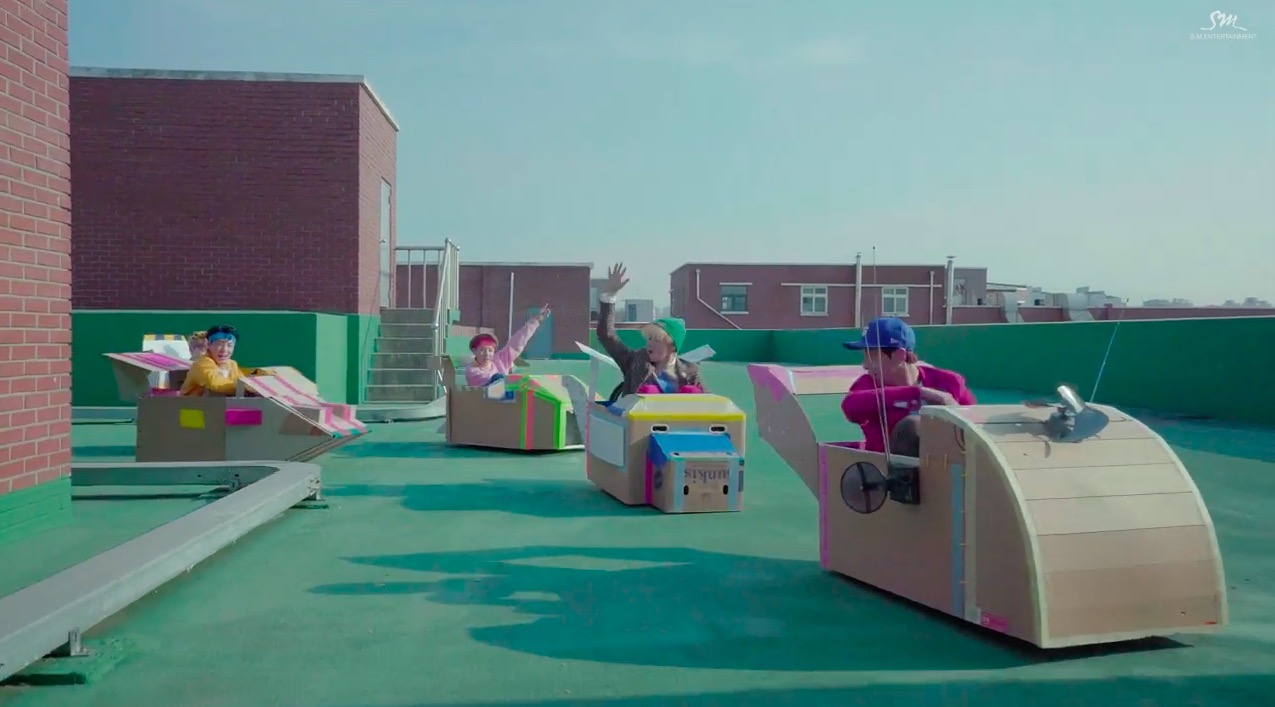 Only an hour after the release of their first teaser video, NCT Dream has shared another teaser for “My First and Last.” This new video gives fans a peek at their choreography for the track, as well as shows clips of them cutely and excitedly racing around a school in cardboard cars!

NCT Dream has now shared a pretty teaser video for their upcoming MV!

On February 7 at 11 p.m. KST, the NCT sub-unit released what is described as the first teaser video for their first single album’s title track “My First and Last.” SM Entertainment has described the song as “a funky pop song” that tells the story of “a boy who wishes to make his first love his last.”

The music video teaser features NCT Dream writing “My First and Last” in the air with rainbow-colored lights. Check out the Korean and Chinese versions below!

NCT Dream’s new single album “The First” will be released on February 9.