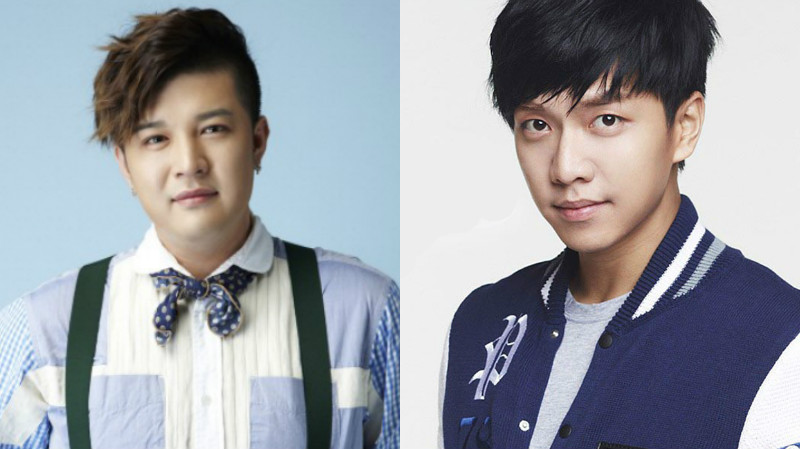 Super Junior’s Shindong revealed that Lee Seung Gi, who is serving in the military, has sprouted a new love for extreme exericse.

During the broadcast of “Video Star” on February 7, Shindong appeared on the show and explained, “Lee Seung Gi is currently in the special forces. Every morning, special forces soldiers would alternate running five kilometers (approximately three miles) for two days and 10 kilometers (approximately six miles) for another two days. Plus, they do this with their shirts off.”

The singer further explained, “Thanks to this, [Lee Seung Gi] has really gotten into exercising. One day he came to me and said, ‘Hyung, you can’t stay like this. You have to exercise. I’ll make an exercise program for you.'” 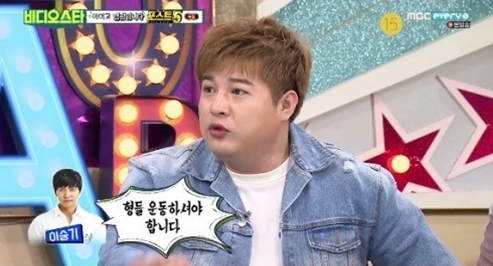 Shindong said, “Later, he told me to follow him because he made an exercise curriculum for me. So I exercised as he told me to. He planned all these exercises himself. But this session went on for an hour and a half!” and confessed, “When I was done, I threw up.”

“I don’t know Lee Seung Gi’s physical state right now since I didn’t see him recently, but I bet it would surprise you,” Shindong informed. He also added, “Lee Seung Gi will be discharged from the military in October.”

Lee Seung Gi
Super Junior
Shindong
How does this article make you feel?