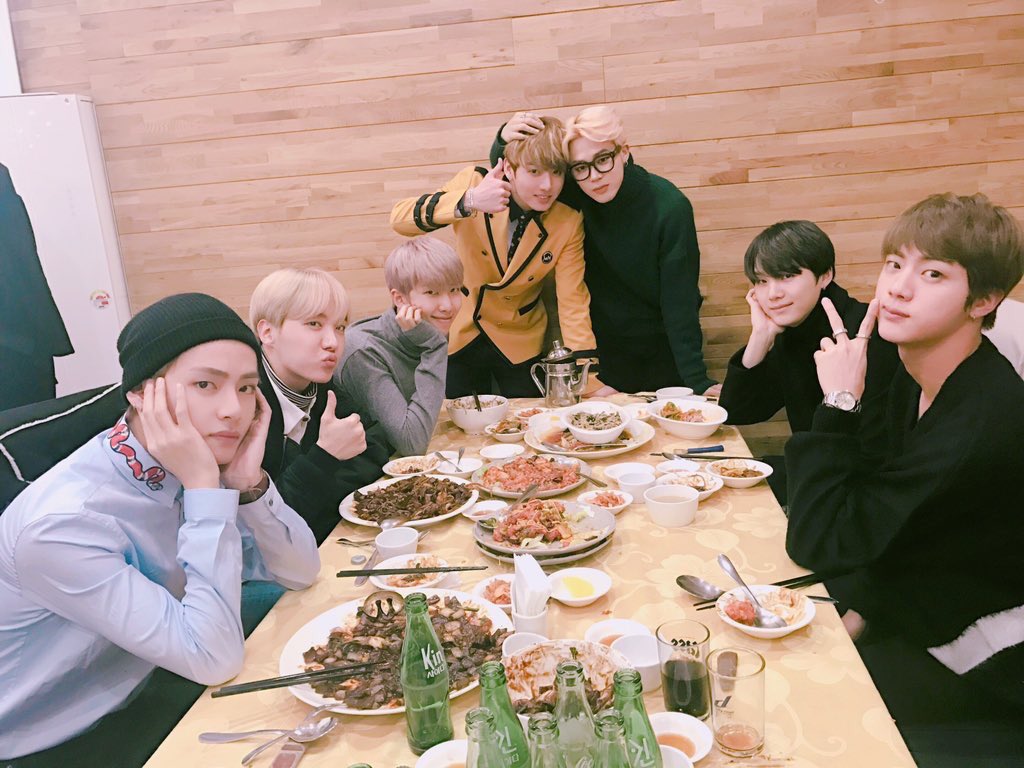 BTS proved just how much of a sentimental group of softies they are after Jungkook’s high school graduation!

BTS’s youngest member Jungkook graduated from the School of Performing Arts Seoul on February 7, and the guys all joined him to show their support at his ceremony. They also took him out to eat afterwards, and tweeted out a photo of them all looking like a proud family at the restaurant as they congratulated him in the caption.

Fans quickly noticed that the picture looked just like one they had taken together when they were celebrating Jungkook’s entrance into high school in March of 2014, featuring the guys at the same restaurant and in the exact same poses!

y'all……………. they rly tried to reenact this.. they even went to the same place……. bts invented being sentimental and thoughtful pic.twitter.com/FZt2jgHOx1

After his graduation, Jungkook also shared a couple selfies on Twitter in his school uniform with the message, “I’ve graduated!”

These double selfies are another throwback to his matriculation day, when Jungkook tweeted two photos of himself with the caption, “I’ve entered high school.”

Fans also couldn’t help but compare a screenshot of Jungkook in a video from his matriculation day with a photo of Jungkook at his graduation, featuring the same big happy smile!

As they wrapped up the busy day, Jungkook’s fellow member Jimin shared a video later of himself in their van staring at Jungkook before smiling and saying, “Congratulations.” When he panned over to Jungkook, he grinned and clapped happily for the camera.

Meanwhile, BTS is currently preparing to release their new album “You Never Walk Alone,” which is due out on February 13.

Congratulations on your graduation, Jungkook!