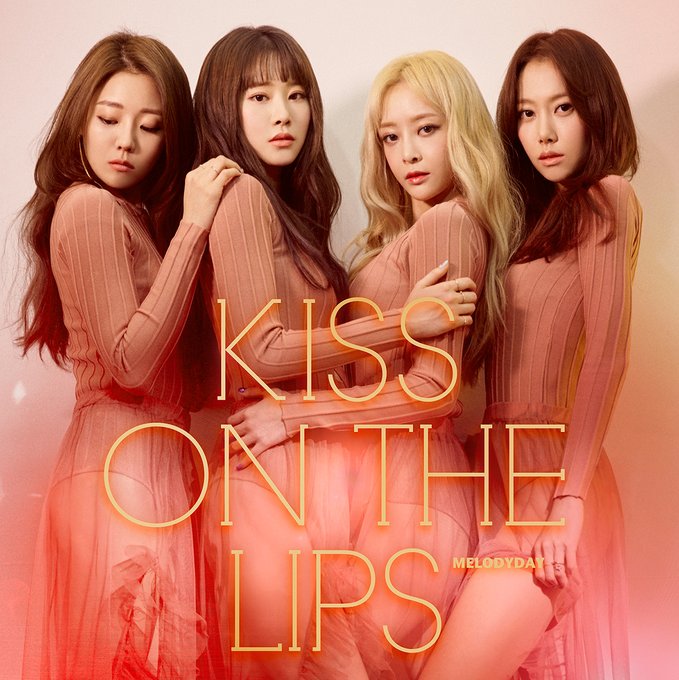 The soft, pastel-toned photo matches their elegant jacket image and the tropical tone of their teaser video. The tracklist shows that the album will have four songs, including their title track “Kiss on the Lips.” Three of the songs were written with the participation of one or more of the Melody Day members, with Yoomin in particular featuring on many of the lyrics.

The album will drop on February 15 at midnight KST.

Melody Day has revealed a gorgeous main jacket image! Earlier this day, they also dropped a teaser for their title track, “Kiss on the Lips,” which you can check out here.

Melody Day will be making a return this month!

On February 8, the Viewga Entertainment girl group announced their upcoming comeback by releasing their first concept photo, featuring all four members looking gorgeous in the pink theme. The caption on their photo on Facebook reveals that Melody Day’s second mini album “Kiss on the Lips” is due out on February 15 at midnight KST. 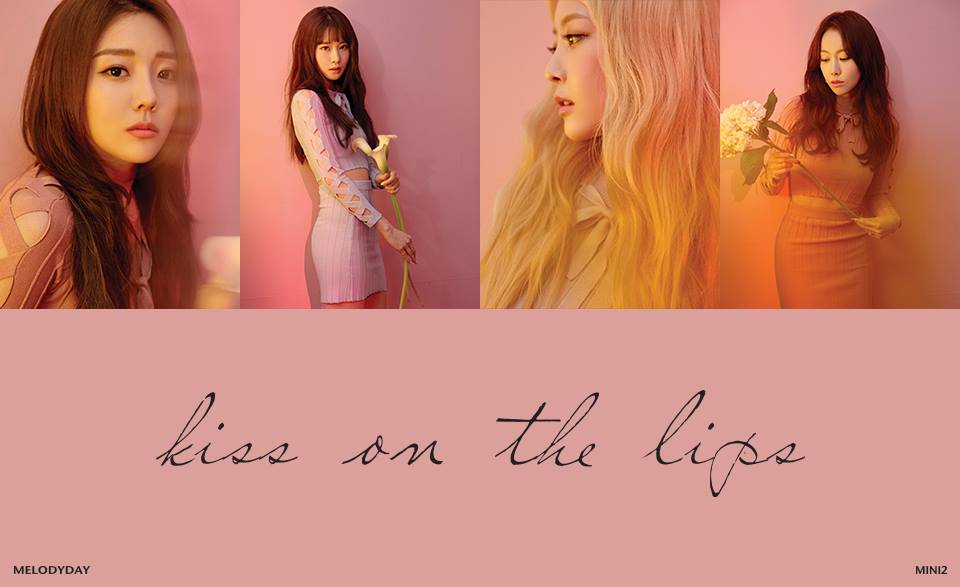 Melody Day made their debut in February of 2014 with their single “Another Parting,” and most recently released their first mini album “Color” (featuring their upbeat and fun title track of the same name) last summer.

February is a big month for comebacks in K-Pop, with new releases still to come from groups including BTS, TWICE, NCT Dream, K.A.R.D, VAV, Lovelyz, and more.

Are you hoping Melody Day’s comeback will be a hit?

Melody Day
How does this article make you feel?