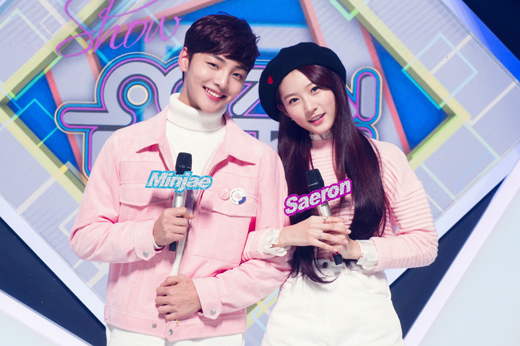 Although it has been some months since Kim Min Jae stepped down from co-hosting “Music Core” with Kim Sae Ron, the two of them are still close friends!

On February 7, Kim Sae Ron posted a photo of the two of them on her personal Instagram. The two actors started on “Music Core” together in 2015 and kept their positions for almost a year, with Kim Sae Ron shedding tears on Kim Min Jae’s departure. Kim Sae Ron still hosts the show with Cha Eun Woo and Lee Soo Min.

Meanwhile, Kim Min Jae recently received widespread acclaim with his role as the younger version of Lee Dong Wook‘s character in “Goblin.” He had originally left “Music Core” to focus on his work in “Romantic Doctor Kim.”

Kim Sae Ron
Kim Min Jae
How does this article make you feel?