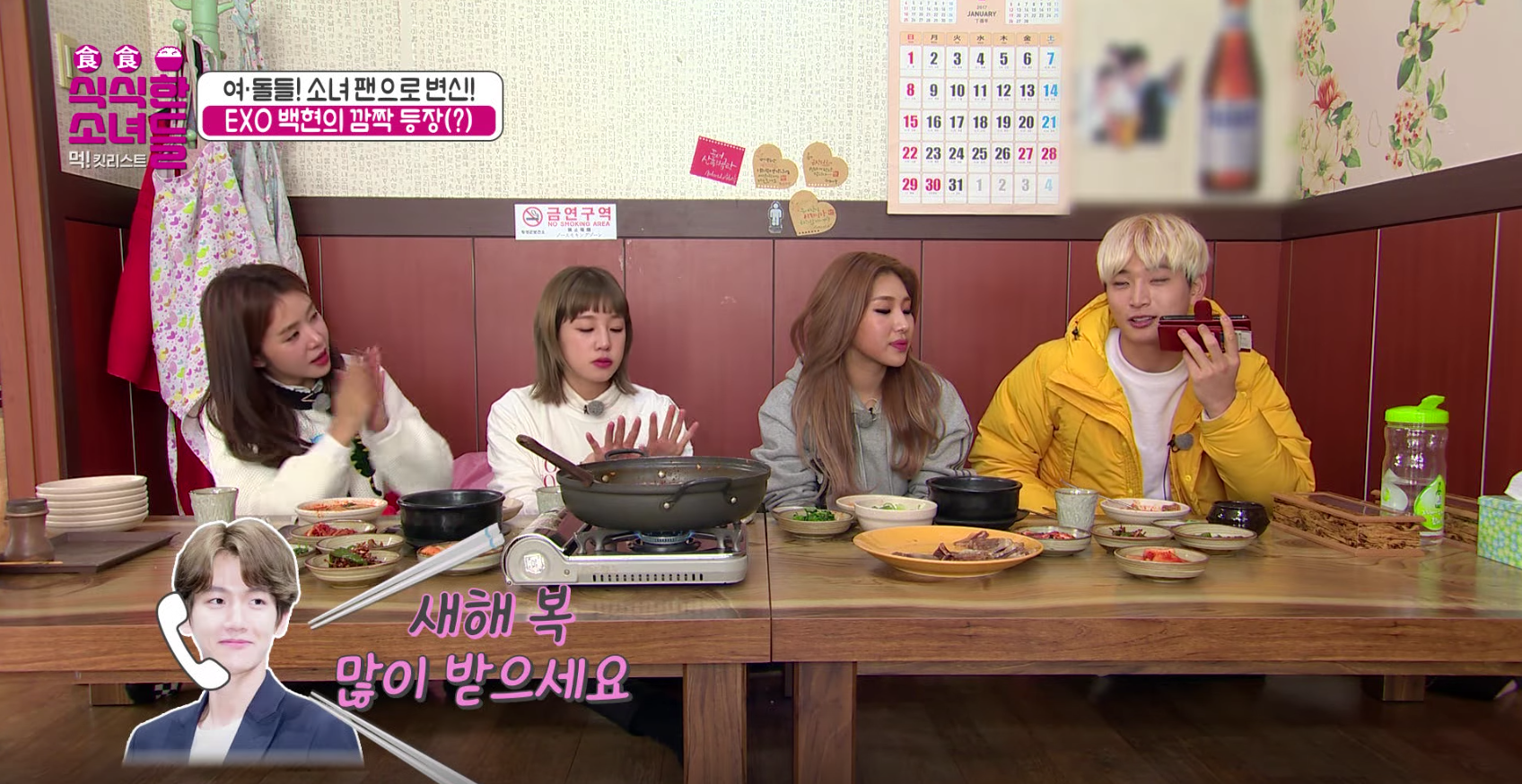 Once they arrived, the cast members couldn’t help but be curious about all the photos of EXO’s Baekhyun that were displayed around the restaurant. After seeing signatures addressed to “aunt and uncle,” Jeong Jinwoon commented that it just be his way of signing autographs, since referring to someone as “auntie” happens more often than not in Korea. He asked one of the owners, “Are you a fan of [Baekhyun?]”

To everyone’s surprise, she revealed, “Baekhyun is my nephew.” 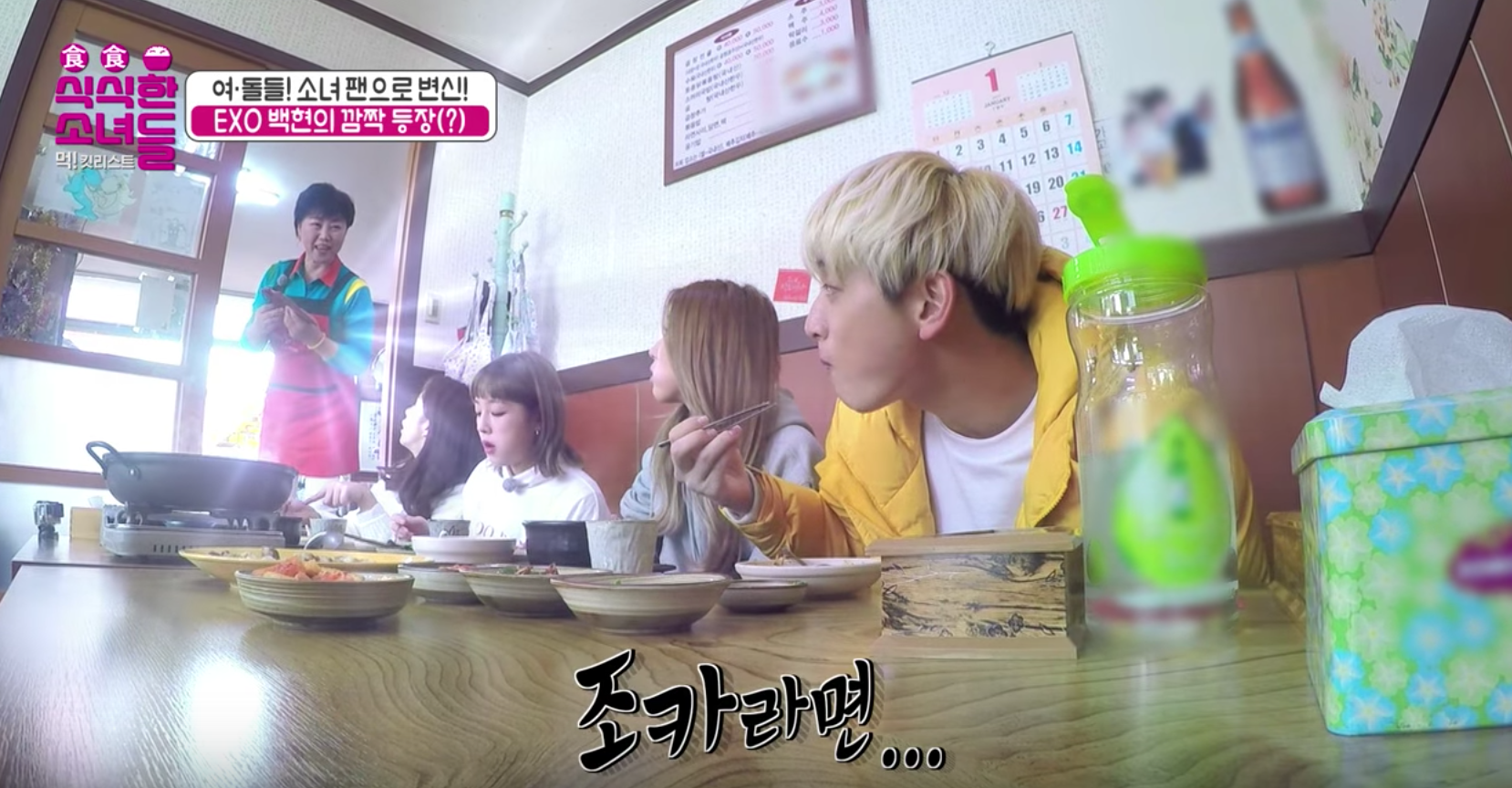 Later, while they were eating, Baekhyun’s aunt suddenly came in the room with her cell phone and said, “My nephew is calling right now. Do you want to talk to him?”

As the phone was passed around, he made the girls swoon with his attentiveness. To Cao Lu, he expressed that he sees her a lot on variety shows these days, and to Giant Pink, he revealed that he was a fan. Baekhyun made sure to ask if the food was to their tastes. Cao Lu complimented the meal, saying that a lot of Chinese people would enjoy it.

Looks like a place that food lovers (and EXO fans) will love! Check out their phone conversation below!