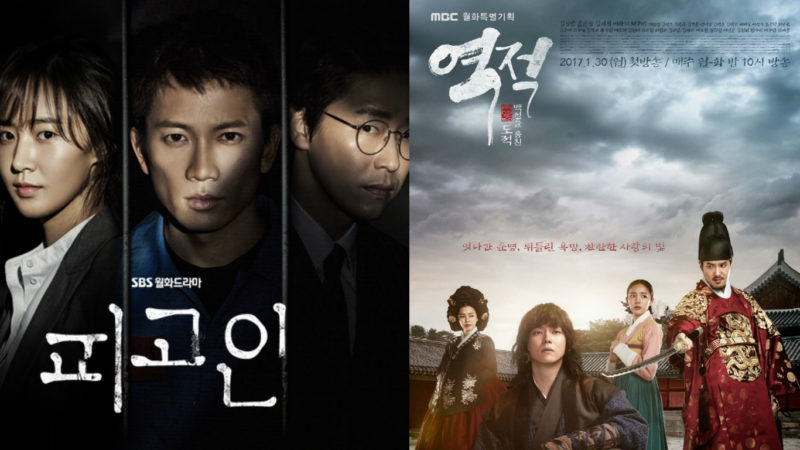 “Defendant” And “Rebel: Thief Who Stole The People” Thrive In Viewer Ratings

“Defendant” and “Rebel: Thief Who Stole the People” are going strong, retaining their positions as No. 1 and No. 2, respectively, in the Monday-Tuesday time slot.

According to television ratings company TNMS, the last episode of SBS’s “Defendant” garnered 15.3 percent ratings, which is 1.1 percent higher than the previous episode. However, data from another company, Nielsen Korea, indicates that its ratings have stayed at 18.3 percent for the past two episodes.

MBC’s “Rebel: Thief Who Stole the People” followed closely, with episode four gathering 12.3 percent ratings based on Nielsen Korea’s measurements. The number is 1.8 higher than the previous episode’s and is also the all-time highest ratings for the drama so far.

Meanwhile, KBS2’s “Hwarang” saw a 0.7 percent decline in its ratings, ending up with 7.9 percent for its latest episode.

Defendant
Rebel: Thief Who Stole the People
How does this article make you feel?