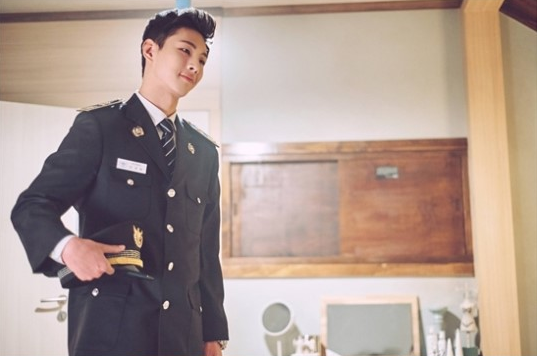 On February 8, JTBC revealed two new images of Ji Soo’s character In Gook Doo, who works as a police officer.

The upcoming Friday-Saturday drama depicts a romance between Do Bong Soon, a woman born with immense strength, Ahn Min Hyuk, a crazy CEO of a gaming company, and In Gook Doo, who has a passionate sense of justice.

Ji Soo stars in the drama as In Gook Doo, a tsundere police officer who is known in his field as a “wild horse” who puts handcuffs on criminals regardless of their social status. The first still cut shows Ji Soo wearing his police officer uniform, while the second still shows his character investigating a crime. 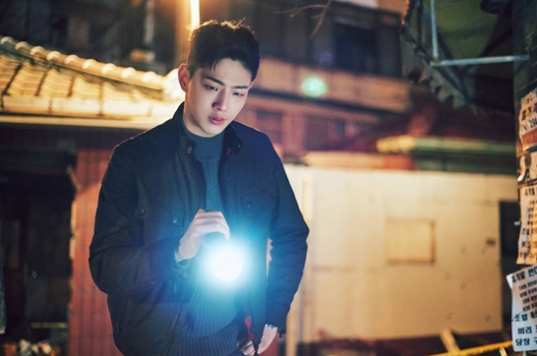 In Gook Doo is also Do Bong Soon’s long-time crush and reliable best friend who looks after her. He ends up bantering with Ahn Min Hyuk (played by Park Hyung Sik), who believes that the world doesn’t run by sticking to principles. As they continue to clash with each other, the two will be showcasing a fun bromance.

Are you excited to see Ji Soo as a police officer?