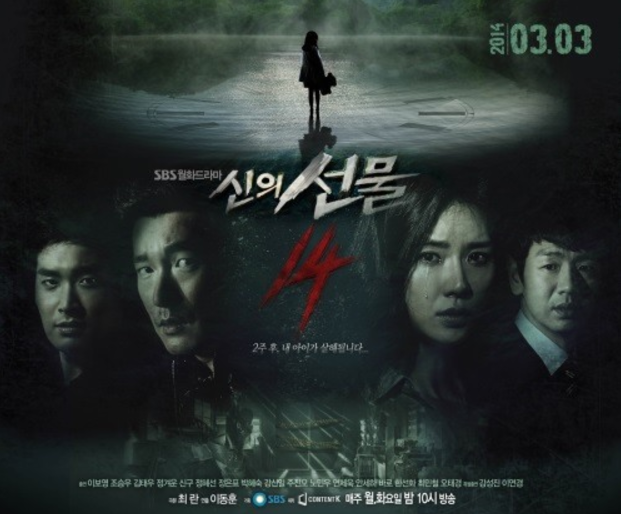 According to a SBS source on February 8, ABC’s remake, titled “Somewhere Between,” will be airing 10 episodes throughout the United States sometime in June. The fact that ABC has ordered 10 episodes without having a pilot test shows that there are high expectations for this upcoming drama remake.

Typically, major U.S. broadcasters will start writing scripts after selecting ideas from a pool of 200 to 300 topics. They will then produce 30 of those scripts as pilots, of which only two to five get produced as a series. The president of ABC, who made the decision, stated, “The plot of ‘God’s Gift – 14 Days’ is so specific and exciting enough that a dubbed version of the drama could be broadcast in the United States.”

“God’s Gift – 14 Days” aired in March of 2014, and revolves around a mother who travels back and forth in time to save her loving daughter. The drama stars Lee Bo Young, Cho Seung Woo, Kim Tae Woo, Jung Gyu Woon, Kim Yoo Bin, and more.

Meanwhile, “Somewhere Between” recently cast Paula Patton as the main female role, while casting for the male lead is still in progress. The show will start production during March in Vancouver, Canada, and will be airing sometime in June through ABC.

Are you excited for the remake?

God's Gift 14 Days
How does this article make you feel?