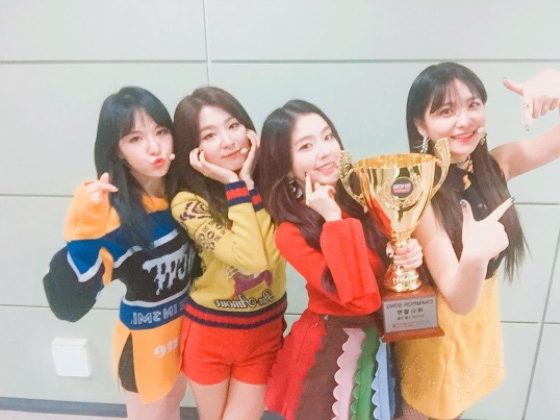 On February 8’s episode of “Show Champion,” Red Velvet’s new track “Rookie” was up against BIGBANG’s “FXXK IT,” Akdong Musician’s “Last Goodbye,” AOA’s “Excuse Me,” and Zion.T’s “The Song,” and Red Velvet ended up taking the win.

Afterwards, the group asked fans via Instagram to edit their photo backstage to include member Joy, who was busy filming her new drama at the time!

Watch their performance, win, and encore below.

Congratulations to Red Velvet on their second win!