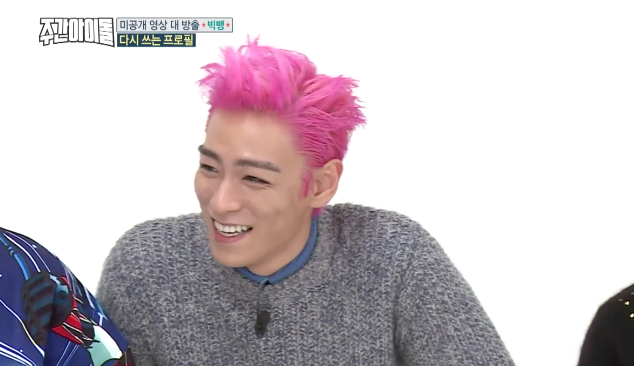 Watch: BIGBANG’s T.O.P Manages To Look Both Goofy And Cool While Freestyle Dancing On “Weekly Idol”

The latest episode of “Weekly Idol” features extra footage from BIGBANG’s recent guest appearance, which includes T.O.P getting a chance to show off his unique freestyle dancing.

During the show, the MCs looked into each members’ talents and characteristics. When it was T.O.P’s turn, Jung Hyung Don said, “It says here that you are the king of dancing, and you tend to disregard the choreography sometimes. What does this mean?”

T.O.P explained, “I tend to forget the choreography a lot. I don’t forget the lyrics much compared to the other members, but I forget the dance many times.”

He further explained, “When I forget the choreography, I don’t do anything and stand still.” The show then shared some hilarious clips of T.O.P doing just that during performances! 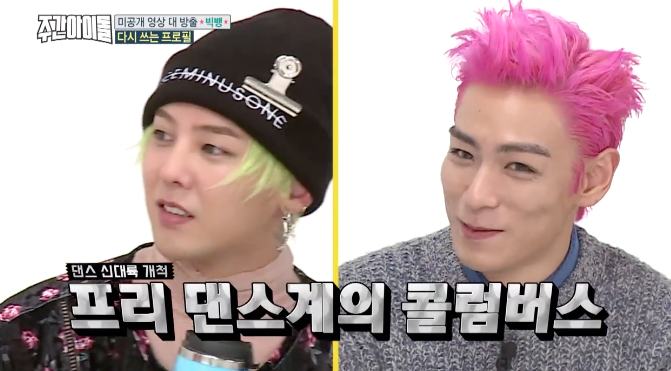 Another nickname for T.O.P that they mentioned was “freestyle dance professional.” G-Dragon said, “[When he does freestyle dancing,] he takes an unusual route that many people would not take.”

To explain what G-Dragon meant, T.O.P offered to freestyle dance on the spot to any kind of song.

When the song began, T.O.P let his body move as it wanted and came up with goofy moves. Even so, the members and the MCs admitted that he looked cool while doing it.

BIGBANG
Weekly Idol
T.O.P
How does this article make you feel?