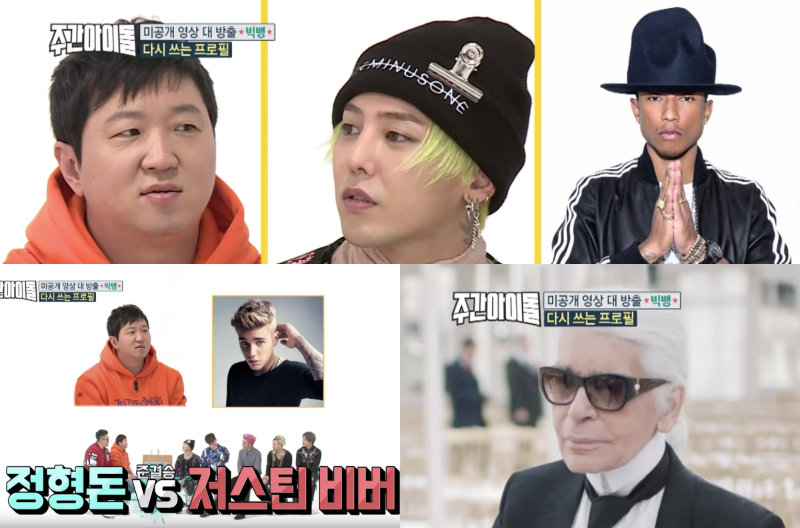 During the February 8 broadcast of “Weekly Idol,” which showed previously unaired clips of BIGBANG’s earlier appearance on the show, G-Dragon picked Jung Hyung Don as one of his most valuable friends.

However, right after saying this, G-Dragon told Jung Hyung Don, “I thought of you one day and called you, but the number was no longer valid,” and looked quite disappointed. 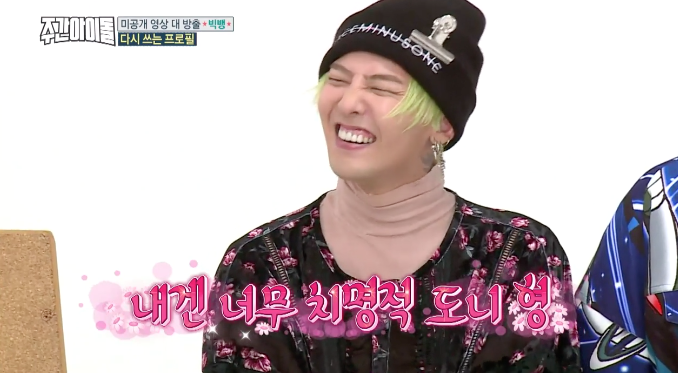 Jung Hyung Don wittily responded, “You know celebrities can’t give numbers to just anyone.” Later he said, “Actually I called you first. But your number also wasn’t valid. I was hurt.” Then G-Dragon realized, “Ah, there was a misunderstanding.” 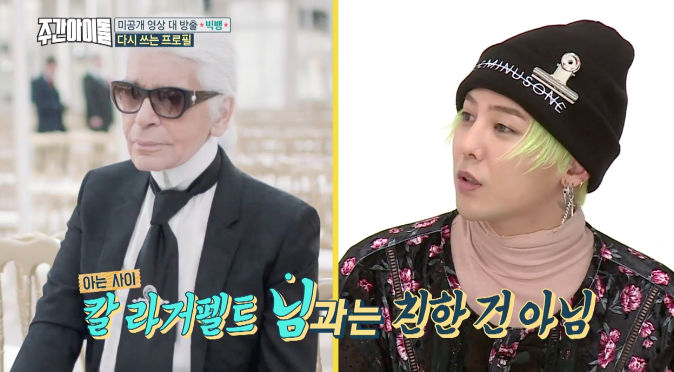 In the second round, G-Dragn has to pick between Justin Bieber and Jung Hyung Don. After thinking for a bit, G-Dragon picked Jung Hyung Don again. In the third round, Jung Hyung Don sadly lost to Pharrell Williams, but he remained proud to have gotten that much love from G-Dragon. 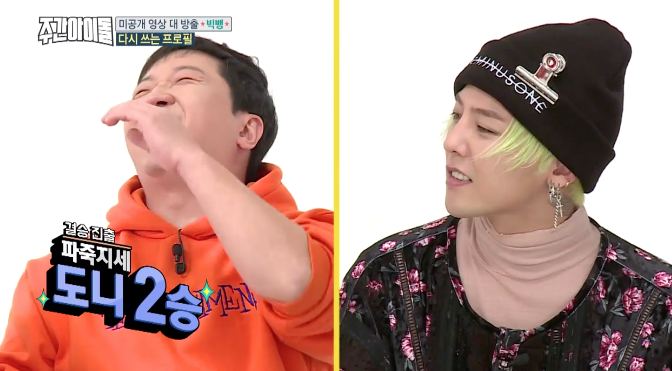