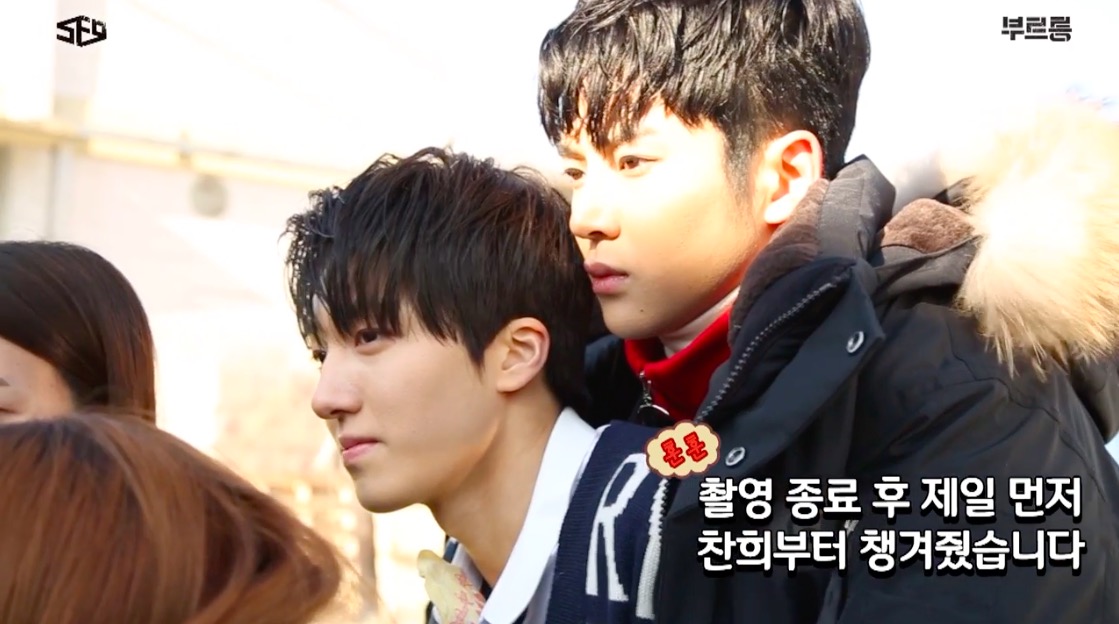 SF9 has gifted fans with a look at the preparations for their comeback with “Roar”!

The FNC Entertainment boy group recently released their new mini album “Burning Sensation,” which features the title track “Roar.” On February 8, the guys released two making-of videos, with the first taking fans behind the scenes of the music video for “Roar,” and the second showing them shooting their album jacket photos.

In the first video, fans get a glimpse of the members both playing around together and working hard late into the night on the set of “Roar.” Some great moments including Jaeyoon and Inseong putting on a “magic show” in the closet, Hwiyoung’s goofy peekaboo with the camera, and much more.

The next video shows SF9 withstanding the freezing cold to take their individual and group photos for “Burning Sensation.” Despite the cold, the guys remain in good spirits throughout, as Dawon pretends to give fans a hug for warmth, Rowoon wraps Chani up in his jacket as they wait outside, Inseong gets piled up with coats as the others take photos, and more. They eventually get to head back inside and warm up as they shoot their portrait shots!

SF9 will be beginning their music show promotions for “Roar” by performing on Mnet’s “M!Countdown” on February 9.