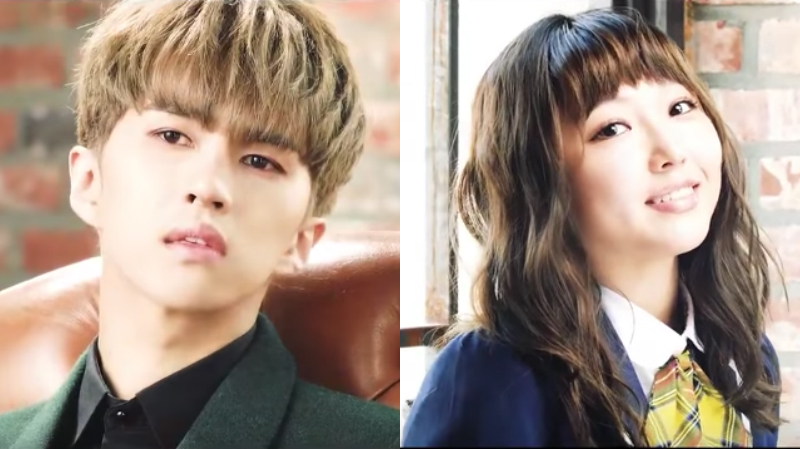 This would have been hilarious if it happened in the drama, but this wouldn’t be a musical without it.

On February 8, Scene Playbill shared little snippets from a rehearsal of the upcoming Korean adaptation of the “Boys Over Flowers” musical.

In one scene, Tsukasa (Goo Jun Pyo), played by Ken, is demanding that Tsukushi (Geum Jan Di), played by Min, respects and obeys him, before she rejects his “command.” Later, Tsukishi subsequently receives a declaration of war, or “red notice,” from the F4 for not only going against Tsukasa, but also defending someone else from their actions.

Ken started off by haughtily saying, “Respect me from now on,” and then reiterated it once more when Min expressed her disbelief.

Min’s snarky follow-up comment, “I can’t understand what you’re saying,” led into a dance break by Ken, where he shows off his smooth dance moves while a jazzy number plays before he starts singing, “Listen well.”

“Boys Over Flowers” musical production debuted in Japan last year, and is based on the original Japanese comic series that ran from 1992 to 2003 by Kamio Yoko.

The Korean adaptation of the “Boys Over Flowers” musical will open on February 24 in Seoul, and will run until May 7.

VIXX
Boys Over Flowers
Min
miss A
Ken (VIXX)
How does this article make you feel?