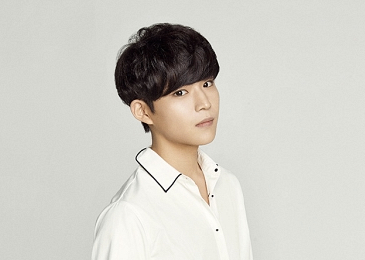 On February 8, someone claiming to be Lee Hwayoung’s ex-girlfriend uploaded a voice recording of him badmouthing fans, and the file was quickly spread through the internet.

In the recording he says, “I like being called ‘oppa.’ Not by fans though. That’s fucking shitty. It sucks at hi-touch sessions, you know, at those events where we hold our fans’ hands and greet them. We have to greet 700 or 800 people and it makes me want to throw up. Seriously, their breaths smell like crap.”

In response, their agencies CJ E&M and Liveworks Company uploaded a preliminary official statement on the BOYS24 official Facebook page as follows. 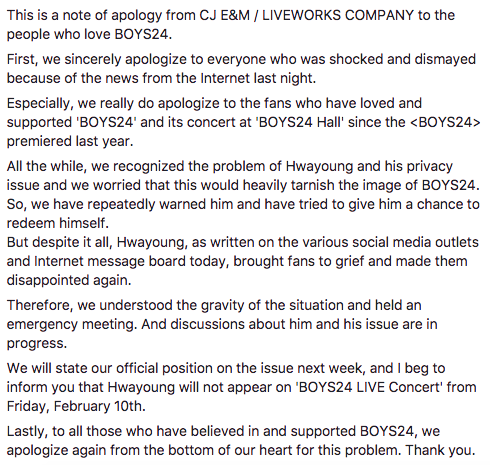 A full official statement will be released next week after thorough discussions. Keep an eye out for updates!

Thanks to Brooke for the tip!

BOYS24
Lee Hwayoung
How does this article make you feel?