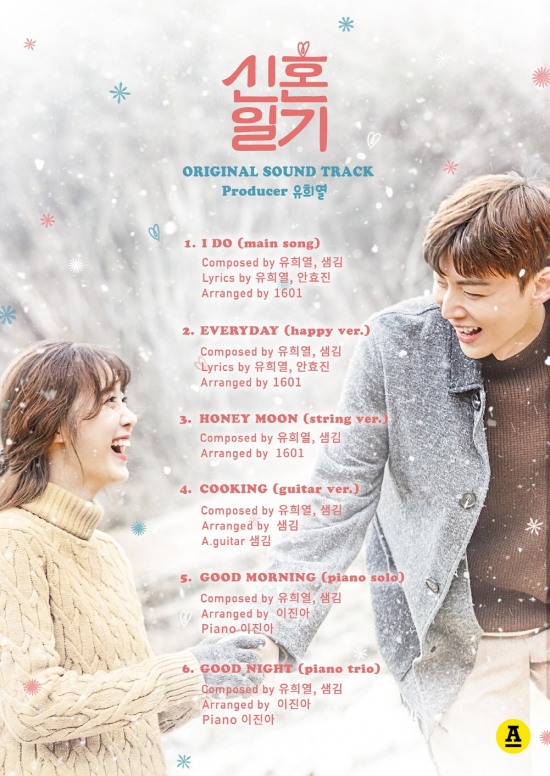 On February 9, Antenna Music announced that they would be releasing an OST album for Ahn Jae Hyun and Ku Hye Sun’s “Newlywed Diary.”

Main producer Na Young Suk revealed that this will be the first time an original OST album is released for a variety program. With Yoo Hee Yeol at the head of it all, Kwon Jin Ah, Sam Kim, and Lee Jin Ah participated in writing, arranging, and singing the soundtrack. Being the well-rounded musicians they are, they even played the instruments featured in the songs. The six tracks demonstrate each artist’s different emotional energies.

The main theme song, Sam Kim and Kwon Jin Ah’s “I do,” is especially gathering interest on social media. The other songs will be inserted as background music throughout the show, adding to the warm feeling the show is expected to bring viewers.

Meanwhile, “Newlywed Diary” airs every Friday at 9:20 p.m. KST, and the OST album will be released on February 10 at 12 a.m. KST, right after the second episode is over.