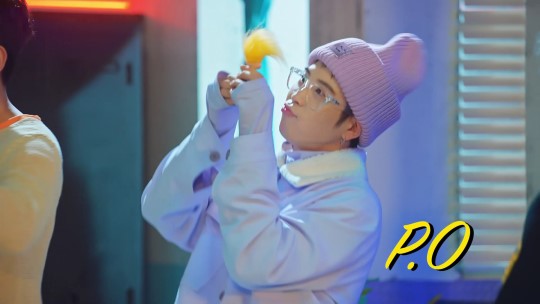 Block B’s P.O To Host A Cooking Show For The First Time Since His Debut

Block B’s P.O will be a MC for the first time in his career.

On February 10, P.O’s agency Seven Seasons stated, “P.O will be a MC for a variety program for the first time after his debut. The show he will be hosting is called ‘Bizarre Restaurant’ (tentative title).” Other MCs for the show are Kim Jong Min, Kim Yong Man, and Seo Jang Hoon.

On this new show, celebrities will have to cook with only a chef’s voice guiding them through the process. P.O, along with other MCs of the show, will act as the assistant to help the guest stars while they cook. Many are looking forward to seeing P.O’s cooking skills on this show because he has been living on his own away, from his family, since his trainee days.

His agency stated, “Many people have been getting to know him recently through variety programs such as ‘Lipstick Prince’ and ‘Insolent Housemates.’ The new show ‘Bizarre Restaurant’ will bring out his different charms so please look forward to it.”

Are you excited to see him in this show?

Block B
P.O
Bizarre Restaurant
How does this article make you feel?