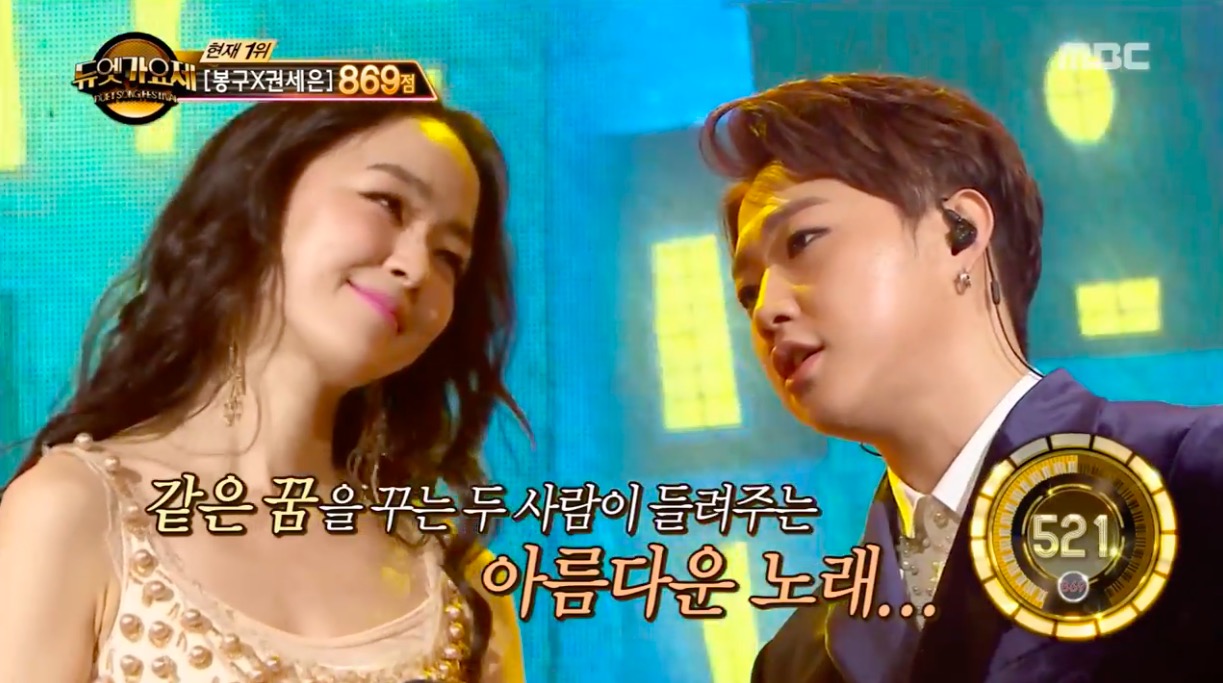 Their cover clearly impressed everyone, and they received a standing ovation from many of their fellow contestants.

Combined with their first round score of 429, Kim Yoon Ah and Chae Bo Hoon received a total score of 881, and took the win once again. This performance was the pair’s final one together on the show and they “graduated” from the competition after five wins.