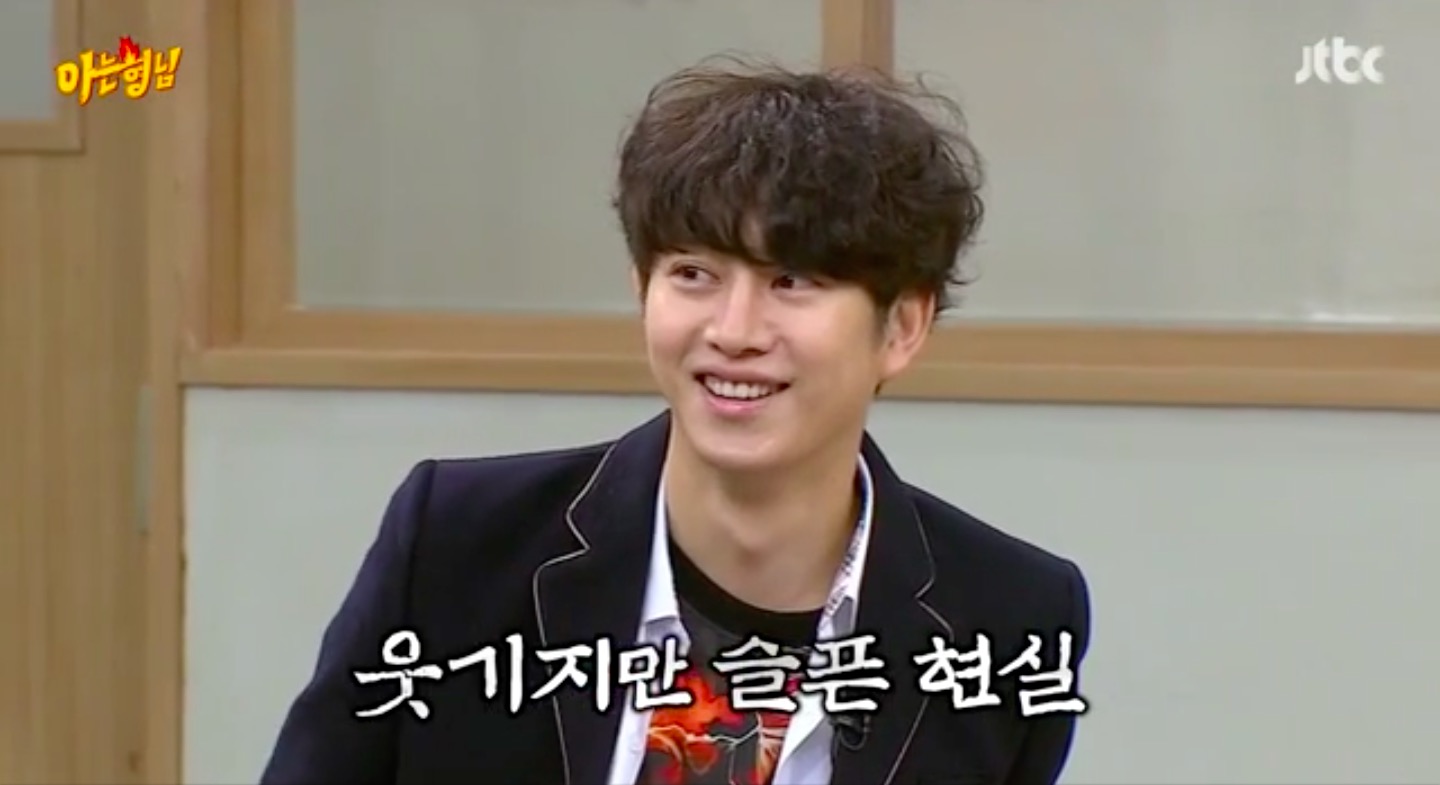 Apparently nothing gets between Kim Heechul and his favorite movies!

On the February 11 episode of “Ask Us Anything,” Kim Heechul was joined by fellow group members Leeteuk and Shindong, and the trio cracked up the cast by telling plenty of funny stories about each other.

At one point, Leeteuk and Shindong prompted Kim Heechul to share a certain story about a girl he had begun dating after they met at a nightclub.

“We were watching ‘The Lion King’ at a DVD room, and she wouldn’t stop touching me, so I broke up with her,” he explained. “I really like animated movies, so when I was watching it, I was really invested. But she kept touching me, and it was bothering me, so we just ended up breaking up.”

He then admitted that he realizes breaking up over something so trivial was foolish.

“We never even got to have our first kiss,” he added with a laugh.

Watch more of Kim Heechul, Leeteuk, and Shindong on this week’s episode of “Ask Us Anything”!