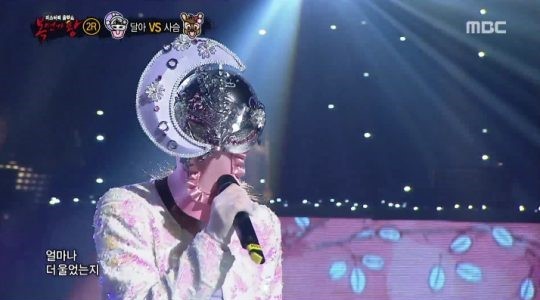 In the February 11 episode of “King of Masked Singer,” defending champion “Prince Anpanman” had to defeat four masked singers to secure his third successive win. During the episode, it was revealed that one of the masked singers was actually the leader of a girl group which shot to stardom in 2016.

The second round had masked singers “Moon” and “Deer” up against each other. “Moon” sang Sung Si Kyung’s “Hee Jae” with such genuine emotion that it touched the hearts of the judges, while “Deer” gave a passionate rendition of MC the Max’s “You Are Tearful.”

At the end of the round, “Deer” emerged victorious with 69 votes against 30, so “Moon” took off her mask, revealing herself to be Oh My Girl’s Hyojung. 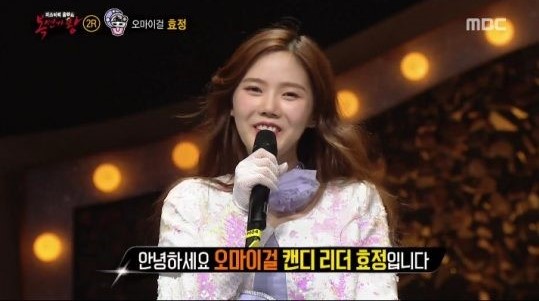 She said, “I’m very happy because today I struck an item off my bucket list.”

The idol also talked about her song choice, saying, “‘Hee Jae’ is a song about the main character who has passed on. My father passed away early when I was young, so I wanted to sing this song for him.”

She continued, “I was by myself a lot in my childhood because my father passed away early and my mother had to work. That’s why I [have a habit of] singing to myself. I [also] want to comfort many people by singing to them.”

Oh My Girl
Hyojung
The King of Mask Singer
How does this article make you feel?