BTS has taken over the charts with the tracks off their new album “You Never Walk Alone”!

The group’s new album was released on February 13 at midnight KST, along with the beautiful music video for their track “Spring Day.”

As of 1:30 a.m. KST, “Spring Day” was in first place on all eight major realtime music charts, including Melon, Mnet, Bugs, olleh, Soribada, Genie, Naver Music, and Monkey3. Their track “Not Today” came in at second place on all eight charts, while their other new tracks “A Supplementary Story: You Never Walk Alone” and “Outro: Wings” were close behind, coming in at third and fourth on seven of the eight charts. 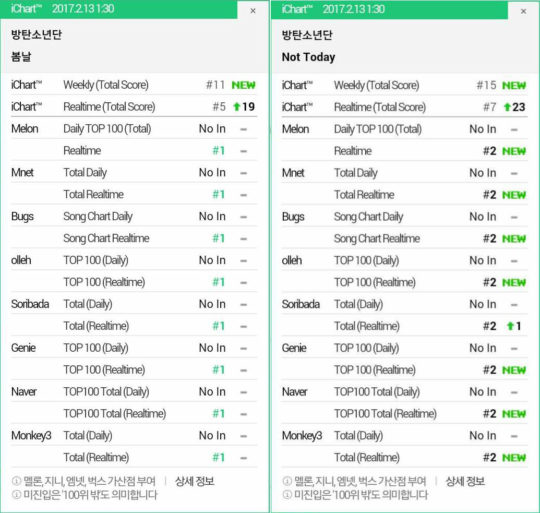 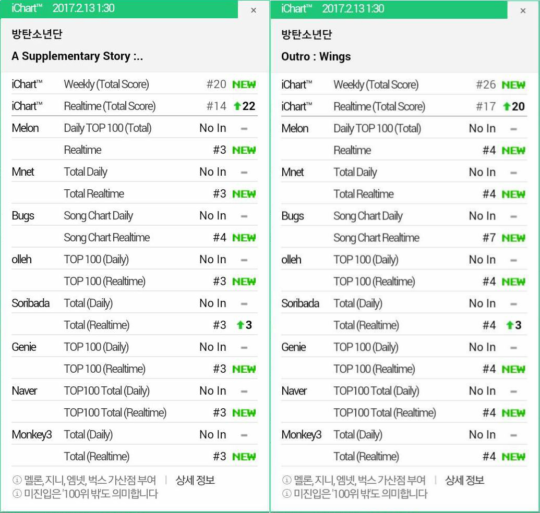 It’s been reported that the group’s new release even caused a temporary error on the popular music site Melon. The majority of users trying to stream their new tracks until around 12:20 a.m. KST were given an error message and asked to try again later, possibly due to an overload because of the high volume of people trying to listen.