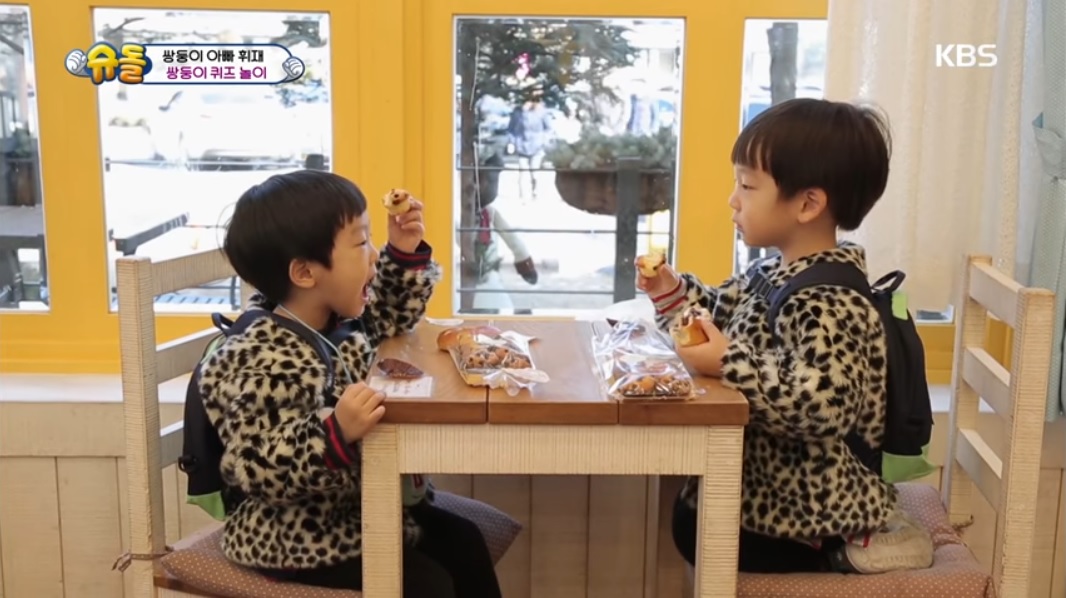 Looks like the twins have been brushing up on their English!

On the February 12 broadcast of KBS2’s “The Return of Superman,” Seo Jun and Seo Eon enjoyed a day on their own.

The twins dropped by a community center and proceeded to the children’s library, where they decided to compete to see who could find more books about dinosaurs.

Seo Jun excitedly found the first dinosaur book, while Seo Eon caught up quickly. When they sat down to tally their scores, the two demonstrated their language skills as they correctly counted in English. 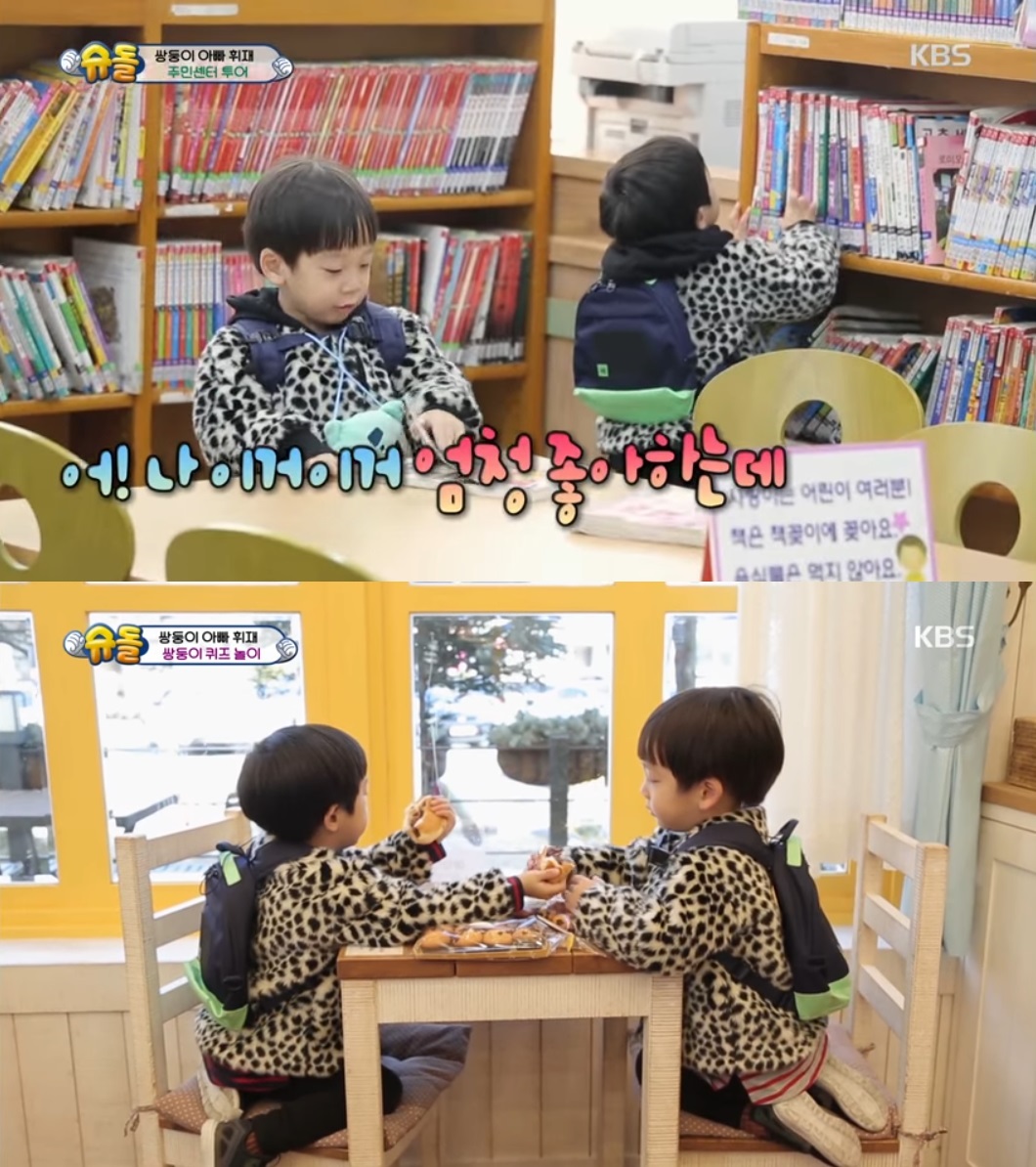 The twins’s next stop was the bakery. After they ordered pastries, Seo Eon remarked, “We have to buy dad one too,” to which Seo Jun responded, “We can just share this one.”

Seo Jun suggested, “Or should we should just eat this all?” Seo Eon then remarked in English, “Uh-oh. No, no.”

Seo Jun
Seo Eon
The Return of Superman
How does this article make you feel?