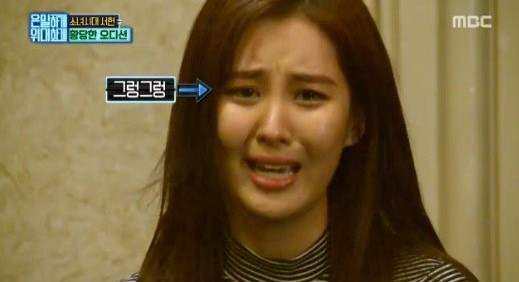 Under the request of fellow members Sooyoung and Hyoyeon, Girls’ Generation’s Seohyun was the target of the hidden camera prank on the February 12 episode of MBC’s “Secretly Greatly.”

Sooyoung and Hyoyeon said, “It’s upsetting that many people only see Seohyun as a model student. She may be a model student, but she also has unexpected charms.”

The set-up was a ridiculous Hollywood audition that brought in foreigners as fake judges and even roped in the staff under SM Entertainment’s international business department.

True to Sooyoung and Hyoyeon’s word, Seohyun really showed a different side to her usual image as she went all out during the “audition.” From a crazy outburst into tears in just five seconds to a hair-pulling catfight with Sooyoung, and even an impromptu dance, Seohyun threw herself into each scenario earnestly and unreservedly. 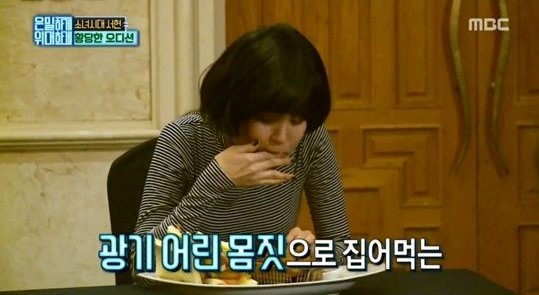 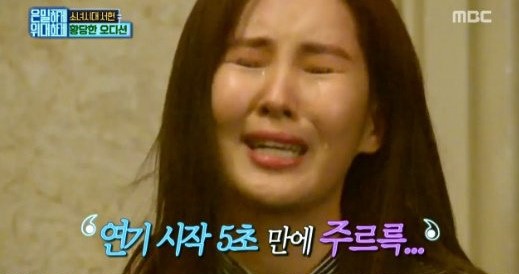 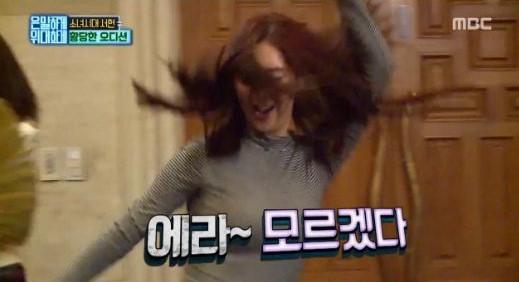 When the prank was finally revealed, Seohyun pushed her older sisters, exclaiming, “What? This is absurd!” as she laughed. She also quipped, “I thought of pulling harder [in the catfight scenario].”

In a later interview with the production team, Seohyun confessed that she has great ambitions in acting, and will put in her all for auditions. She also talked about the prank, saying, “Although I didn’t know I was being tricked, I could feel that my sisters care very much for me.” 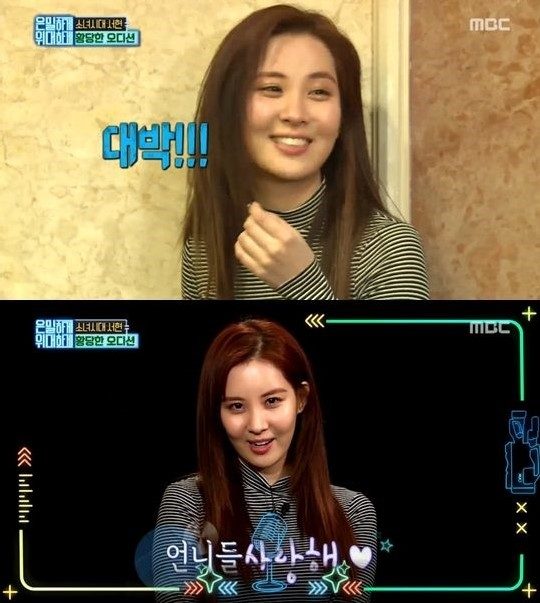