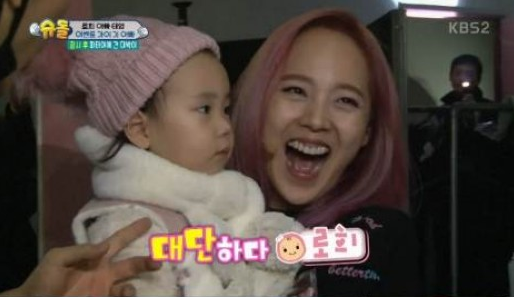 Actor Ki Tae Young once again proved that he is the perfect husband as he prepared a thoughtful surprise for his wife Eugene on “The Return of Superman.”

The February 12 episode of the KBS variety show featured a behind-the-scenes look at the S.E.S. anniversary concert. Wanting to prepare a special gift for his wife, Ki Tae Young personally baked muffins and prepared cute messages of support. Rohee could not contain her curiosity as her dad baked, asking to touch everything and having fun with the flour.

The muffins weren’t the end to his thoughtful surprise, however, as Ki Tae Young also went around and collected video messages from Eugene’s colleagues and friends, compiling them into a sweet and encouraging present.

Eugene first thought that the gift was from a fan, which is what Ki Tae Young told her manager to say as he passed along the present. As soon as she saw the video message from her mother, she knew that it was her husband’s idea all along. He came out with a bouquet of roses and passed out the muffins to everyone. Bada, who is set to marry next month, commented, “My future husband better do this for me too. You are the best!” 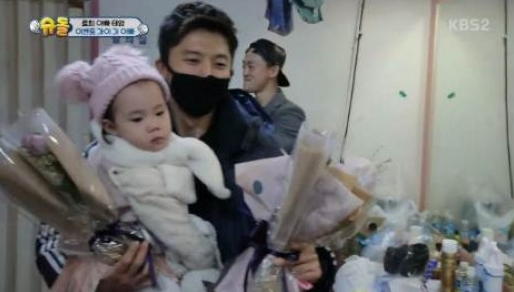 When asked about his surprise event, Ki Tae Young said, “Eugene couldn’t meet her friends during the end of the year because she was so busy preparing for her concert. So I decided to meet with them and collect their messages for her.”

The Return of Superman
Rohee
Eugene
Ki Tae Young
How does this article make you feel?