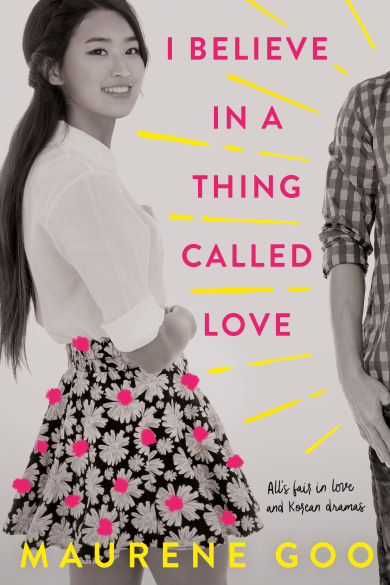 Review: “I Believe In A Thing Called Love,” A Novel For All K-Drama Lovers

Have you ever wished that your life was like a K-drama? Have you ever dreamed of the most beloved of K-drama tropes materializing before your eyes? Perhaps you’ve pictured Hyun Bin piggybacking you home as you clutch a gigantic rabbit doll. Maybe you’ve imagined that Jo Jung Suk fell in love with you despite the fact that you’ve regularly been possessed by a determined ghost. Desi Lee, the main character from Maurene Goo’s upcoming YA novel “I Believe in a Thing Called Love,” has created a guide to love that is completely based on knowledge gathered by binge-watching dramas with her father. And we have all been there – binge-watching dramas that is — which is why this book is the perfect past time for dramaholics. Join Desi as she lives out her love life adhering to the rules of K-drama.

So what’s the story?

Desi Lee is a Korean-American wonder teen who can get anything done with rigid planning and execution. She’s a varsity soccer player, student body president, and has her sights set on Stanford. Despite her success in school, Desi is an utter failure when it comes to love. Transforming into a bumbling fool anytime she’s around attractive men, Desi has lost all hope of ever finding a boyfriend. Deemed romantically hopeless by her friends, Desi’s love life seems bleak until new kid hottie Luca Drakos walks into her life. But when Desi sits down beside her K-drama-obsessed father one night to watch a rom-com, it hits her. She can follow the formulaic Korean drama tropes and steps to that little thing called love! The queen of lists and smart to boot, Desi knows she can conquer love if she has a plan of attack! Desi and her friends work through her “K-Drama Steps to True Love” to try and help her win over moody, broody, artistic, and achingly handsome Luca. But the key to love is a lot scarier than anything Desi could have ever imagined because love is way more than lists and drama.

This book is absolutely meant for the K-drama lover. Even if you don’t love K-dramas, Maurene Goo is a master of cooking up a delicious story with a winning lead character, a kooky cast of friends, and a mysterious new kid hot guy.

Why you’ll love it

This book is full of drama references and tropes that drama lovers will instantly relate to. I sure did! I found myself verbally agreeing and commenting on so many of Desi’s antics because I’ve been there. Read about Desi marathoning dramas and then suffering for it Monday morning when she has to go to school. I did that when I was in school, too! It was worth every second of lost sleep! Also, seeing the name of a drama I love printed in a book made my heart beat and yearn for the characters and their stories.

Journey with Desi through her “K-Drama Steps to True Love” and you’ll understand where she is coming from and how she is feeling. It’s the bond of drama lovers. What’s even better is how Desi learns that not everything can be controlled, not even by the K-drama tropes that have worked time and again for K-drama heroes and heroines. More than K-drama, this story is about how Desi grows up through the vehicle of drama and learns about love.

Although it seems obvious since the book is about a young Korean-American woman, it’s pretty important to highlight that the story features a strong Asian heroine on the cover and in the U.S. during a time when Asians are fighting for their voices to be heard in the media. This book (and Maurene’s first book “Since You Asked”) highlights the Korean-American home, its traditions and idiosyncrasies, and life for a Korean-American teenager. It also includes a fun, diverse cast of characters who are just as lovable as Desi. This book is one of the most anticipated contemporary YA novels of 2017, according to Barnes & Nobles’ teen blog.

When you’ll get to read it

“I Believe in a Thing Called Love” is hitting stores on May 30, 2017, but you can pre-order this Farrar, Straus and Giroux title now on Amazon or Barnes & Noble. 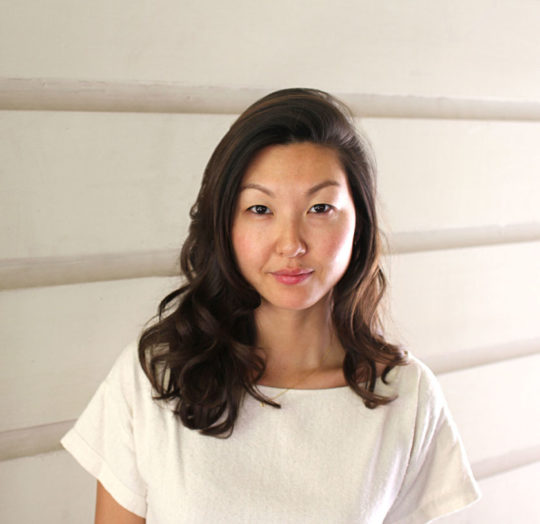 Author bio: Maurene Goo is a Los Angeles-born author who loves books, Korean dramas, and tacos. She holds two degrees, a Bachelors in communication from UC San Diego and a Masters in publishing, writing, and literature from Emerson College. Her love of Korean dramas was fostered during childhood when she was forced to watch Korean dramas with her parents, but she later grew to love them. After writing her first YA novel, “Since You Asked,” she decided to combine YA with her love for K-drama, and “I Believe in a Thing Called Love” was born.

Have you ever imagined your life to be like a K-drama, Soompiers? Let us know in the comments below!

Soompi Spotlight
Maurene Goo
I Believe in a Thing Called Love
How does this article make you feel?