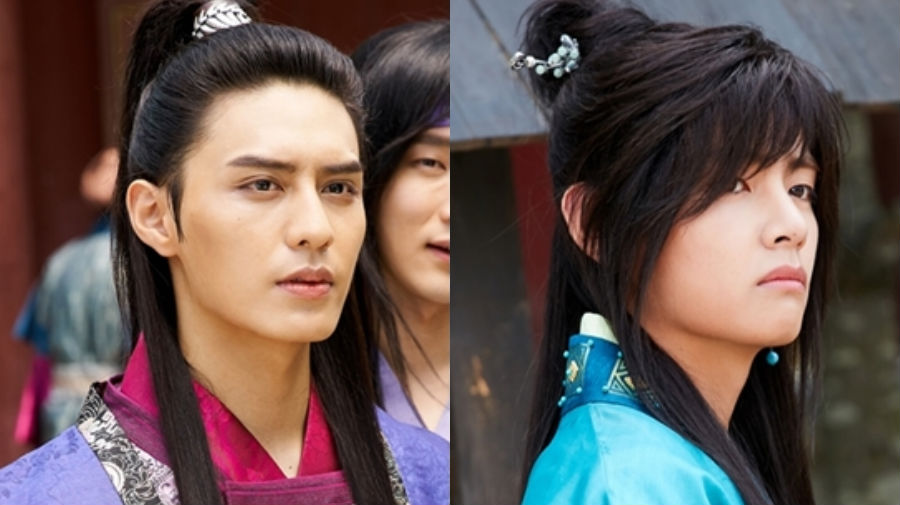 Actor Do Ji Han recently sat down for an interview, where he talked about working with Kim Taehyung (also known as BTS’s V) for their current KBS2 drama “Hwarang.”

During the interview, Do Ji Han spoke of Kim Taehyung’s first attempt at acting, saying, “Because it was Taehyung’s first time acting, we were really worried too. He went to Park Seo Joon for a lot of help. Taehyung’s agency is close to where I live, so he also asked me for help. Whenever he calls me, he asks where I am, and when I tell him I’m at home, he says, ‘Do you want to eat together?’ So we eat food, drink coffee, and talk for a while. Then we go to his practice room, spread out the script, and talk about it.”

“Taehyung unexpectedly worked really really hard. He’s talented by nature. Whenever I saw him, I naturally found myself smiling. He’s also grown a lot in acting. Because he has a lot of talent, I thought he would do well if I just guided him a little. He has a strong will,” Do Ji Han explained.

The actor also talked about Kim Taehyung’s attitude on set, saying, “Everyone is busy. When you’re the youngest, it can be hard to approach the older actors. But Taehyung will approach the older actors first and make suggestions on what to do together. He’s really an affectionate person. When I saw him juggling his music schedule, I thought ‘It must be hard. It must be physically straining.’ But seeing him laugh till the end and energetically finish [filming] made me think that he is amazing.”

Meanwhile, Do Ji Han and Kim Taehyung star in the KBS2 drama “Hwarang,” which airs every Monday and Tuseday at 10 p.m. KST.

BTS
Hwarang
do ji han
V
How does this article make you feel?