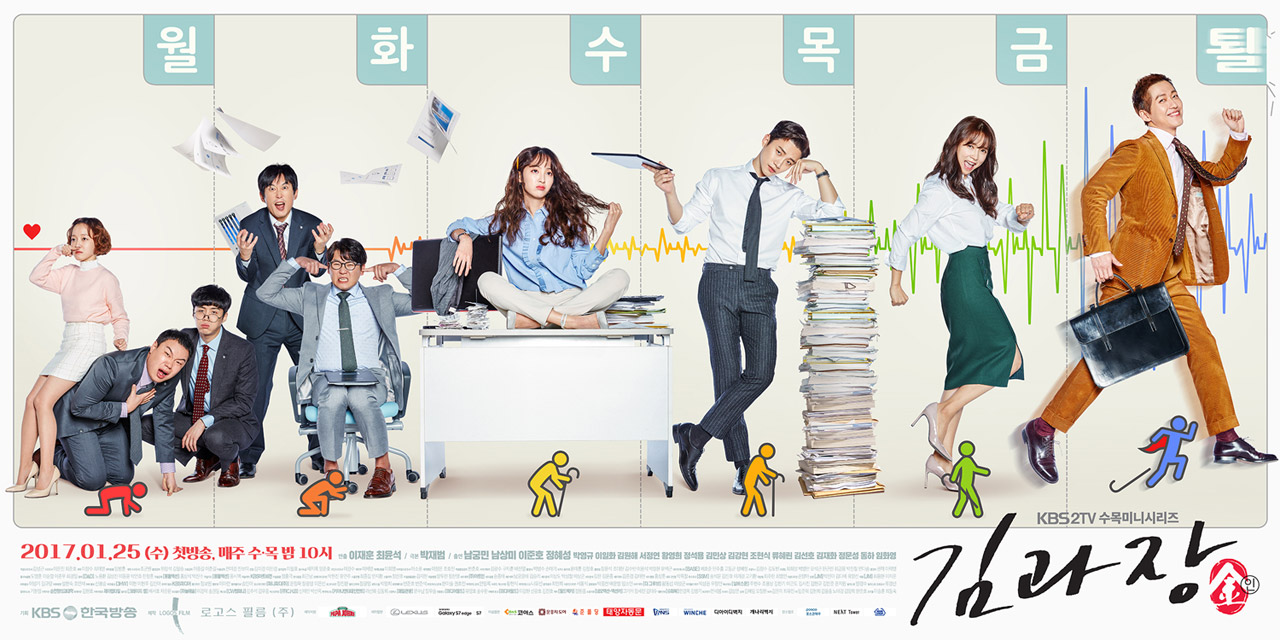 “Chief Kim” is one of the most hilarious office dramas airing in Korea — hold up. You mean, you haven’t been watching it?

Right. Let’s get down to business. Here are a few reasons you should watch this new KBS drama.

1. Chief Kim is always up to something

Kim Sung Ryong’s (Namgoong Min’s) absurdity is never-ending. After spending some time helping shady businesses and gangs get away with fraud, he decides to take on the business world. However, this hilarious anti-hero gets a taste of hero-hood and begins to wonder if he can really turn a blind eye to the dark side of the company he works in, TQ Group. Every episode is filled with a new challenge for Chief Kim, and he’s not afraid to take each one head-on.

The accounting department of TG Group is an ordinary place filled with ordinary people who do ridiculous things. Chief Kim may be the new boss, but his subordinates aren’t about to make office-life easy for him. Expect ridiculous plotting, co-worker bonding, and plenty of gossiping.

It’s hard to define the relationship between Chief Kim and dirty-prosecutor-turned-finance-director Seo Yool (played by Junho). It’s basically a bromance between enemies; what is that even called? An enemance? However, there’s always a perfect balance between laughs and tension when they’re in the same room. You may even come to sympathize with Director Seo; it can’t be easy having your subordinate constantly trying to foil your evil plans.

4. The lead female doesn’t mess around

Yoon Ha Kyung (played by Nam Sang Mi) has it rough. She’s a female in the most bullied department in the company, is secretly helping an investigation into the shady side of TQ Group, and has to keep three eyes on Chief Kim. Yes, he requires three. Yoon Ha Kyung, however, does it all with spunk, making her the tough female every drama needs.

This is a very legitimate reason to watch “Chief Kim.” Namgoong Min has an infectious smile that even gets his co-actors and the crew rolling with laughter in behind-the-scenes footage. It’s easy to believe his character could get so far working with gangsters and thugs with just one flash of those pearly-whites. Of course, the other reasons are great too.

Seriously, though, that smile.

There are lots of reasons to love this drama, so be sure to check it out on Viki. If you’re already watching, what are some of your favorite parts of the drama? What makes you look forward to “Chief Kim” every Wednesday and Thursday? Let us know in the comments below.

Now, let’s get back to enjoying all our favorite dramas.