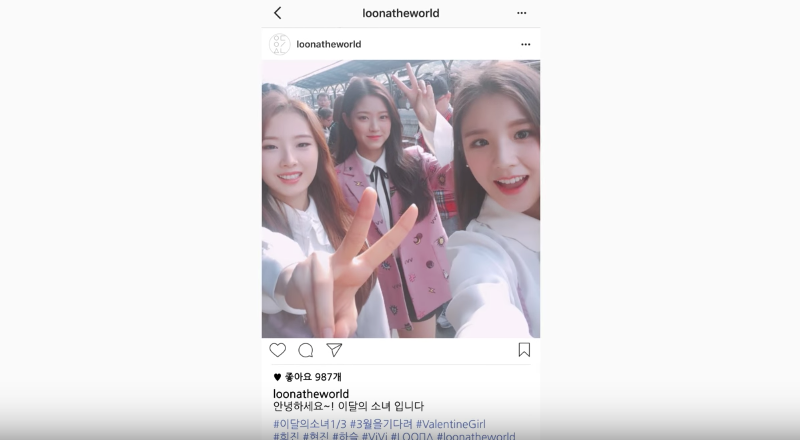 The girls of LOOΠΔ haven’t debuted yet, but they already have a sub-unit in the making!

On February 14, an official preview of unit LOOΠΔ 1/3’s track, “Valentine Girl,” was released. It will appears the sub-unit will consist of already “revealed” members HeeJin, HyunJin, and HaSeul, as well as the group’s “March” girl ViVi.

In the adorable video, various selfies are shown as if it were an Instagram feed, timed to match the part distribution of the song. In addition, the captions are actually the lyrics, also in time with the pictures and song.

LOOΠΔ has been steadily revealed each of its members one by one since October 2016, and growing their fanbase with their unique pre-debut promotions. So far, they have unveiled four members, making ViVi the fifth. The group will officially debut after all 12 members have been revealed.