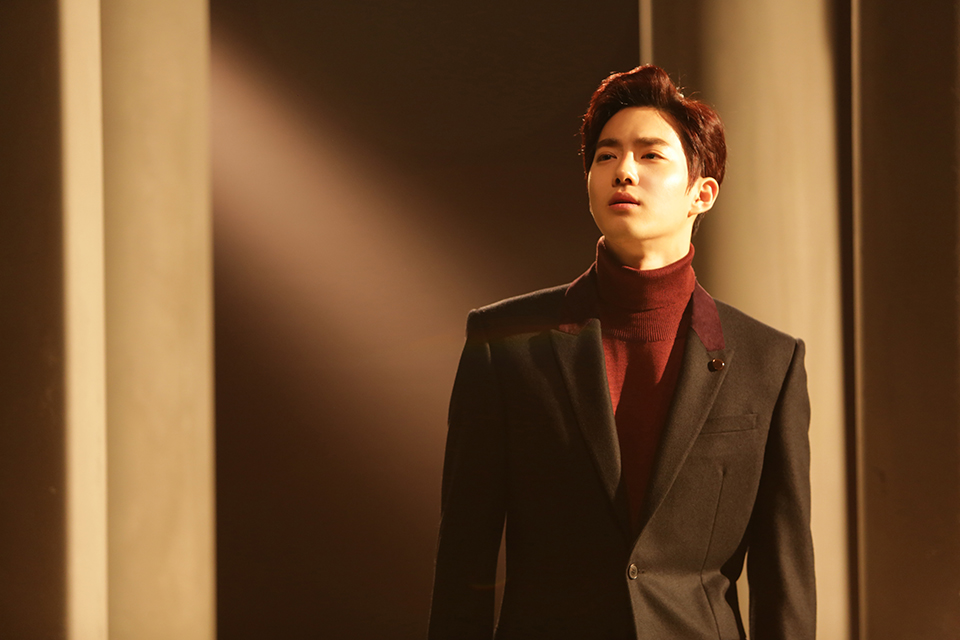 EXO’s Suho must have felt pressured when he first heard about his solo track!

On February 13, the EXO leader appeared on his good friend Jonghyun’s radio broadcast, “MBC FM4U’s “Blue Night.” During the show, he looked back on his recent solo release “Curtain,” which was the finale to the first season of SM Entertainment’s digital music project, SM STATION.

Suho introduced the track as his “first solo track through SM Entertainment in almost five years since EXO’s debut.”

“Why did the company burden me like this?,” Suho joked. He said that the company relayed to him that they had high expectations, and told him that final track had to be good. “It was a new feeling to hear that I would be the last [artist] to be featured,” Suho reminisced, and explained that he was initially worried about how to express the song. Jonghyun commented that he was able to see a new side to the EXO member while listening to “Curtain.”

Suho also revealed that initially recording the track took around two to three hours, but there were several follow-up sessions after that. “Producer Leona was very detailed and meticulous. It felt like I couldn’t tell what exactly was wrong even though I also knew that something was lacking. We recorded the first part [of ‘Curtain’] so much that I’m not sure which one was ultimately used,” the singer explained.

Meanwhile, SM STATION will be returning next month with a new season.

EXO
Suho
Blue Night
How does this article make you feel?