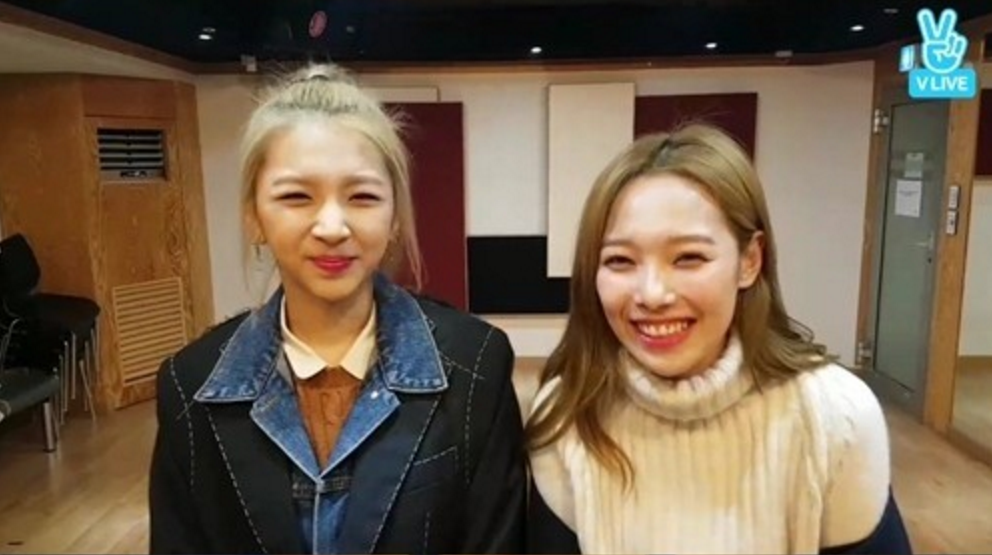 On February 13, the girls of co-ed group K.A.R.D put together something “special” for the guys for Valentine’s Day!

Jeon Somin and Jeon Jiwoo set up a Naver V Live broadcast and filmed themselves ordering chocolate lattes for their male members, BM and J.Seph. However, the girls mixed in some salt and mustard into the drinks to give them a bit of a shock!

While waiting for the drinks, they went through their fans’ comments on the video. Somin said about their upcoming comeback, “‘Don’t Recall’ has a different vibe from ‘Oh Nana.’ It’s a vibe unique to us.” She added, “The guys are in the practice room now.” 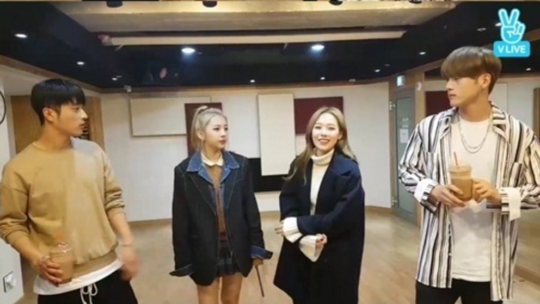 When the girls brought the drinks to the guys in the practice room, their initial happiness turned to confusion at the weird taste, even breaking out into English when exclaiming at the saltiness. After explaining the prank (and laughing a lot), the girls gave them the real drinks.

BM said, “It never occurred to me [that it was a prank]. I was so happy that you guys took the time to do this.”

J.Seph added, “I think this is the first time that I got a Valentine’s Day present? Thanks to the girls, I’ve spent a happy Valentine’s Day.” However, the boys also vowed they would get their revenge on White Day (March 14).

Somin concluded, “The chocolate lattes were not a success, but please accept the thought behind it. Everyone, please have a happy Valentine’s Day!”

K.A.R.D will drop their new release “Don’t Recall” on February 16 and hold a countdown broadcast on Naver V Live the day before.