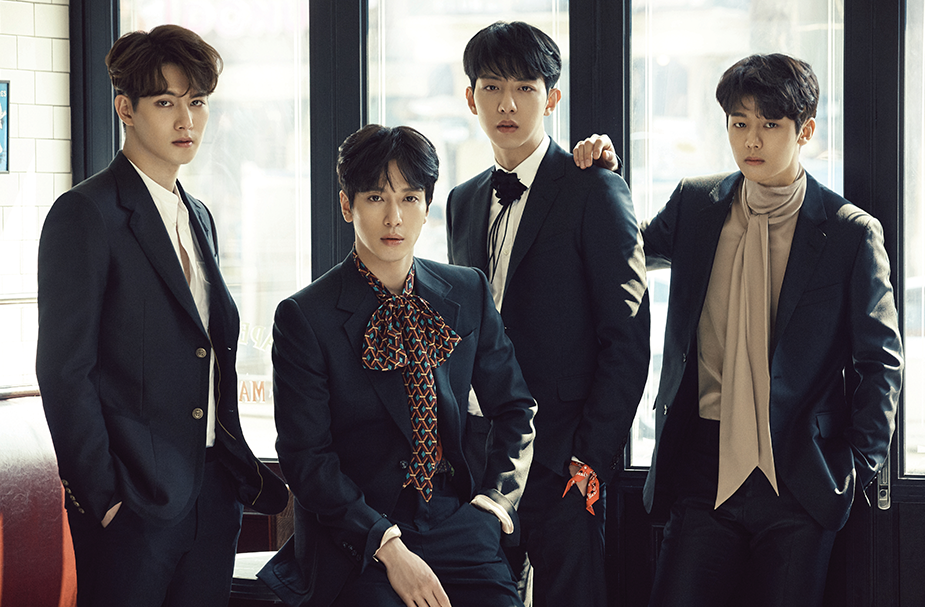 Boy band CNBLUE is preparing to make their return!

On February 14, a source from CNBLUE’s agency, FNC Entertainment, stated, “In order to return with new comeback activities, CNBLUE is currently working on new songs.”

The source continued, saying, “The exact release date is still being discussed, and we are currently discussing the form of the release as well. We will be deciding on concrete plans for their activities soon.”

Meanwhile, CNBLUE’s last release was their sixth mini-album “Blueming,” which was released in April 2016. During that time, the group promoted with “You’re So Fine,” which was written by Jung Yong Hwa. Since then, all of the members, including Jung Yong Hwa, Lee Jong Hyun, Kang Min Hyuk, and Lee Jung Shin have been actively participating in broadcasting activities.