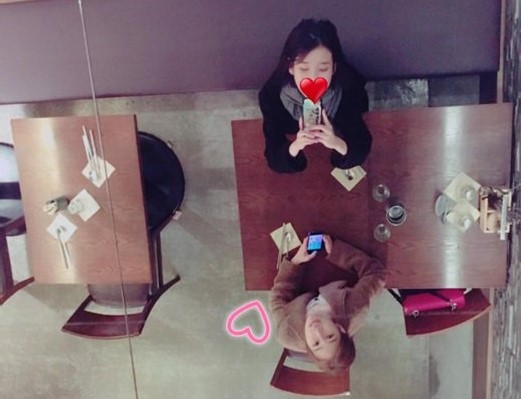 IU and Yoo In Na are quite possibly the cutest girlfriend pair in the K-pop world.

On February 14, IU uploaded two photos of herself and best friend Yoo In Na on her Instagram account.

In the first photo, both are looking up at the ceiling mirror while waiting for their food to arrive. IU’s face is partially covered by a heart emoticon, while another heart emoticon is placed beside Yoo In Na’s smiling face.

The second photo is a close-up of the adorable friendship rings on the girls’ index fingers. The caption is a combination of their names, “IU In Na.”

While it was not explicitly stated if the photos were taken on the same day they were uploaded, it’s quite safe to say that the two BFFs spent Valentine’s Day together. Who needs a man when you’ve got a girlfriend!

Did you celebrate Valentine’s Day with your BFF too?

IU
Yoo In Na
How does this article make you feel?