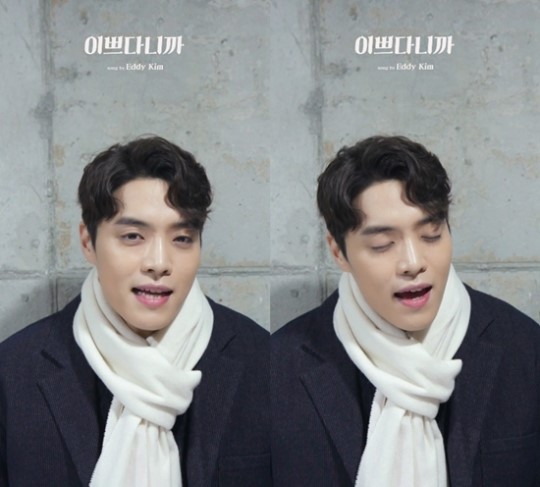 Eddy Kim has a Valentine’s Day present for you!

On February 14, the singer surprised fans with a video of himself singing “You’re Pretty” from the “Goblin” OST on his agency Mystic Entertainment’s Twitter account.

The singer’s warm boyfriend look and nervous (adorable) laughs at the start of the video made him seem exactly like the persona in the song, a boyfriend who earnestly tells his girlfriend how pretty she is. Naturally, the video was well-received by fans.

Eddy Kim has been gathering a great deal of positive attention for his wide singing spectrum, as he is able to carry off sweet love songs like “Darling” and “My Love” just as well as quirkier songs like “Paldangdam.”

Unfortunately, the live version only covered part of the song, but you can enjoy the full official audio below!

Eddy Kim
How does this article make you feel?