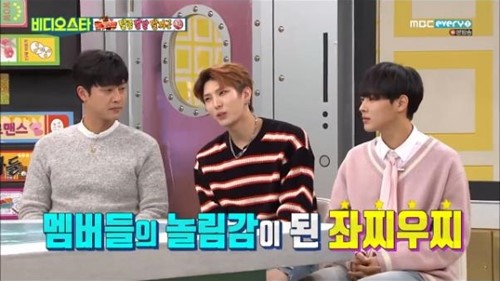 During one of Leo’s segments, MC Park Na Rae introduced him as “Hot Body Leo,” and to his embarrassment, she began to show a video of his “legendary” wardrobe malfunction from the group’s “Chained Up” days. 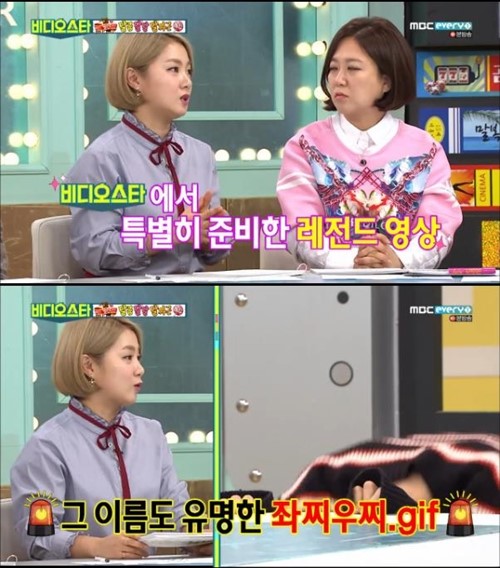 In the video, Leo was wearing just a jacket without an undershirt, so as he moved his shoulders to the choreography, his jacket unintentionally exposed his left and right nipples in turns. 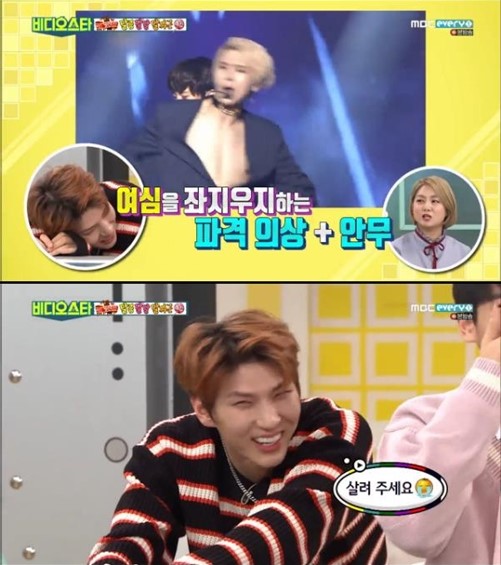 After the clip ended, Park Na Rae explained what was so ingenious about the unintentional exposure, saying, “If both nipples come out on broadcast, it will be censored.”

Guest MC Super Junior’s Shindong further elaborated, “If both were shown, it might have become a broadcast issue for VIXX, but if the left and right sides are shown in turns, it’s not a problem.” Older K-Pop fans might remember Lee Joon mentioning this strange rule a few years back.

Park Na Rae then asked, “Did the members say anything after seeing it?”

Leo’s reply was, “They teased me a lot. They said I should show both sides, why did I show just one side,” which made the cast burst into laughter.