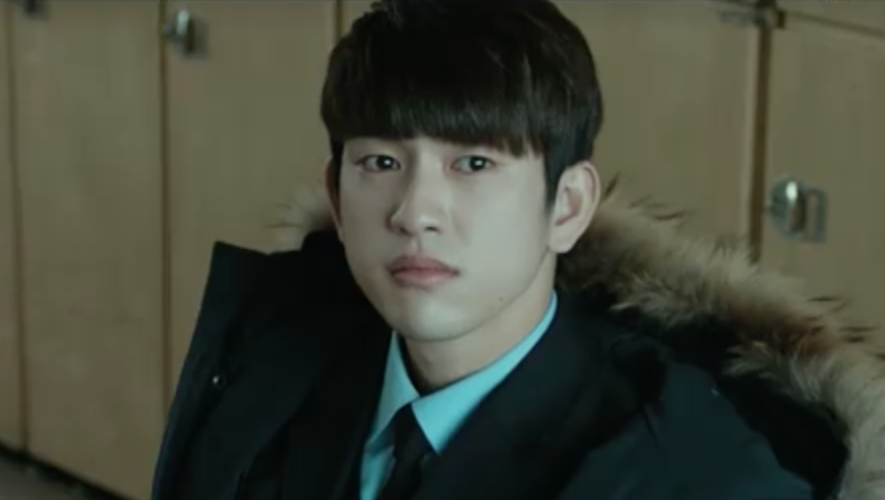 Watch: GOT7’s Jinyoung Is Overwhelmed With Emotions In New Trailer For Upcoming Film

GOT7’s Jinyoung will have you in tears with him just with the trailer for his new film!

A newly released trailer of “A Stray Goat” (tentative title) further explores the main characters and their background stories.

In the film, Jinyoung plays Cho Min Sik, who moves to a town that’s cold but “doesn’t snow,” where he meets outcasted Yang Yae Ju (played by Ji Woo), who “has a frozen heart.” The two characters warm up to each other slowly, and even more so after they encounter a baby goat.

The trailer starts off with a teary Jinyoung saying, “I’m sorry,” before the screen fades into his first day at his new school. Both are shunned by their classmates, Yang Yae Ju for being “the daughter of someone who was acquitted for a crime,” and Cho Min Sik for defending her, and for unknown other reasons.

The montage of emotional clips explores their growing dependence on each other, with some suggesting that Cho Min Sik also gets blackmailed into committing a minor crime because of his unspoken past. The clip ends with another simple line, “I trust you.”

“A Stray Goat” will premiere in South Korea on March 1.