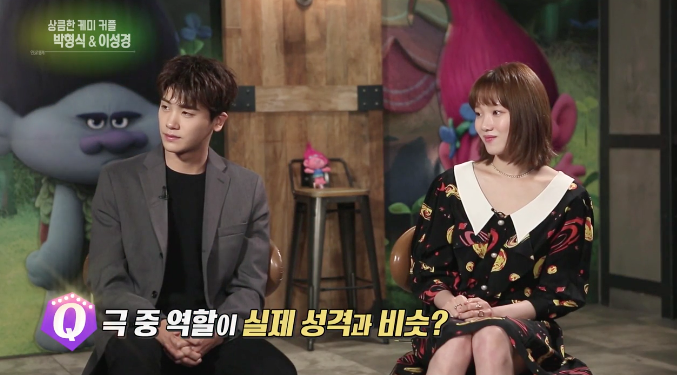 The interviewee wondered, “Does the character you play have similar traits as you?” and Lee Sung Kyung said, “I do have something in common with my character Poppy.”

The actress explained, “As I was dubbing, I kept saying that Poppy’s facial expressions resemble mine so much. I thought, ‘What is this? This is really me.'” She even demonstrated one facial expression to explain what she meant. 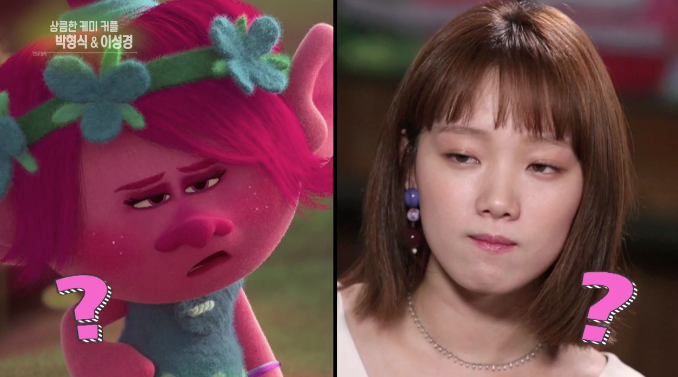 Later in the interview, Lee Sung Kyung mentioned that she has a favorite line of Park Hyung Sik’s in the film. “It’s a very funny scene,” she said, and imitated how Park Hyung Sik’s character screams in the movie. 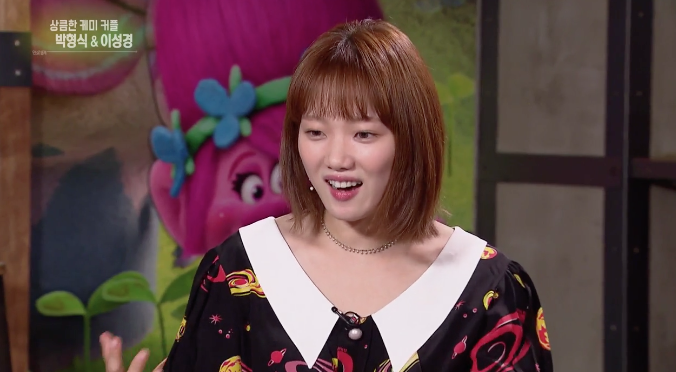 She added, “I really like that line in that scene. I repeatedly imitated it afterwards.”

When the interviewee asked Park Hyung Sik to show what she meant, he explained the backstory to his character, saying, “Whenever my character goes to a party, he would say ‘Bergens are coming! Ahhhhh!'” 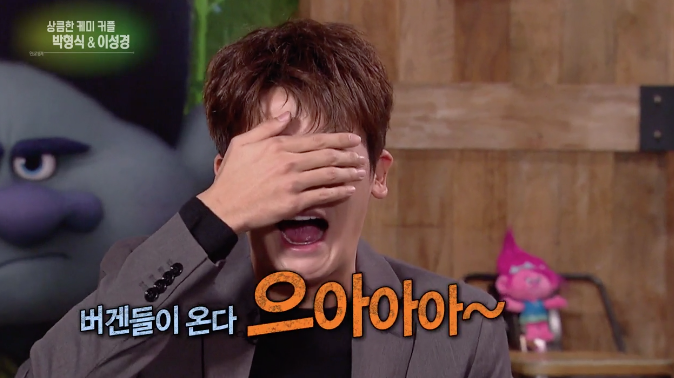 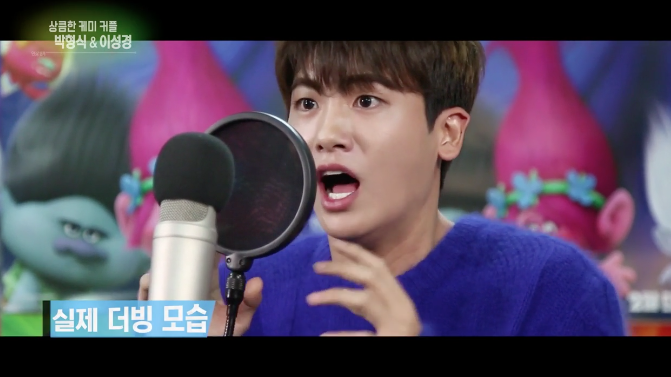