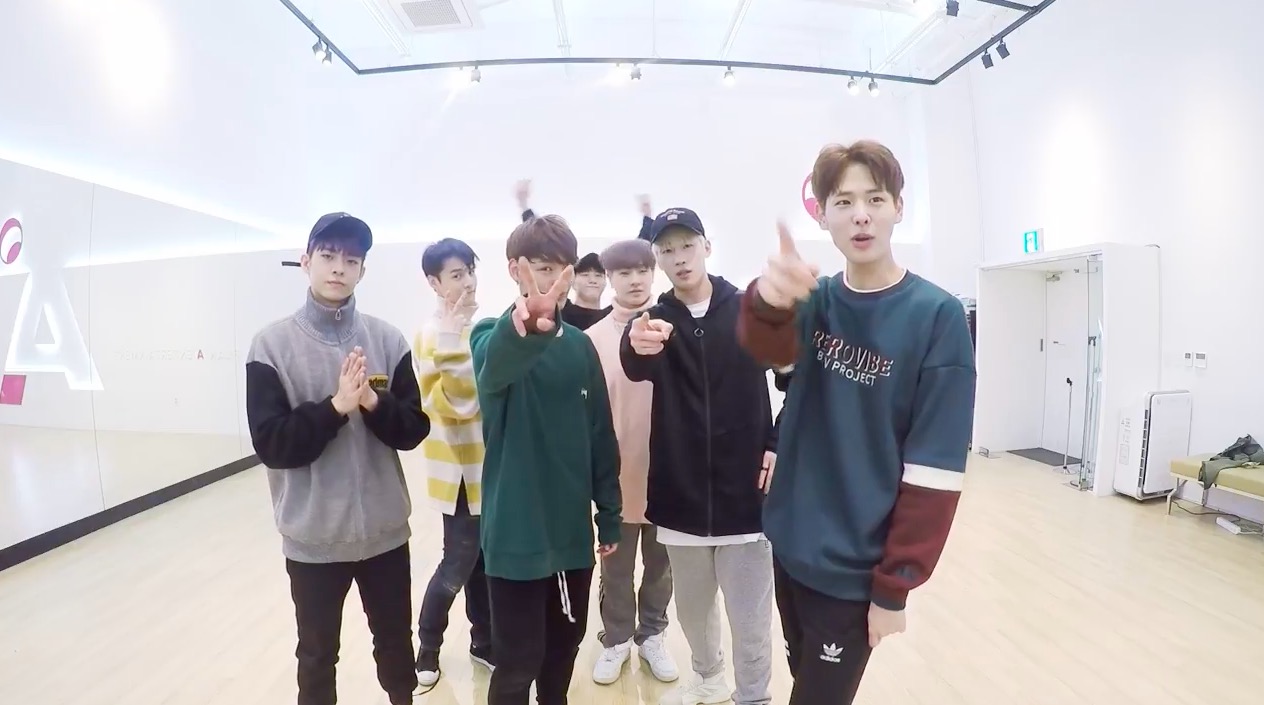 Plan A Entertainment’s rookie boy group VICTON made their debut on November 9 with their first mini album “Voice to the New World.” The mini album features their title track “I’m Fine,” as well as as five other songs. Since their debut, the group has gained plenty of fans with their performances on music shows, as well as appearances on variety shows such as “Weekly Idol,” “Video Star,” and more.

February 16 is VICTON’s 100th day since their debut, and they released a special dance practice video for their song “The Chemistry” to celebrate the anniversary with their fans! The choreography was created by members Seungwoo and Chan.

The guys happily celebrate their 100th day at the end of the video, and promise that they’ll be coming back very soon.

The group also shared a cute celebratory image on their official Twitter, and thanked fans for all their love.

It was previously announced that VICTON is currently gearing up for a comeback, with plans to return with a new release as early as the end of this month.

Congratulations to VICTON on a great 100 days so far!