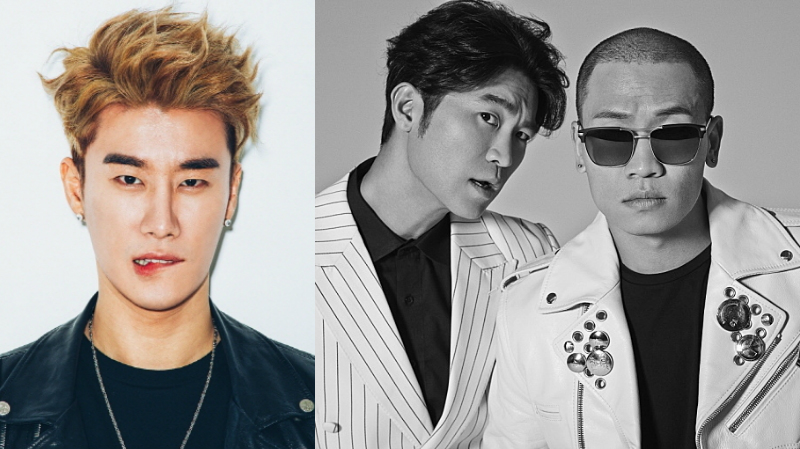 During KOMCA’s 2017 annual assembly on February 14, the musicians were awarded for their influence in spreading Korean hip-hop, and music in general, worldwide as well as for their contributions to the industry as a whole.

San E is known not only for his own music, but also for his numerous collaborations with artists such as Raina and Gary. He was also the host of several music variety programs, as well as other shows. Through his agency Brand New Music, the rapper expressed his gratitude, and hoped that people will continue to tune in to his future music.

Dynamic Duo also had a stellar 2016, and focused their attention on performances and tours worldwide. Member Gaeko posted a collage of their KOMCA award and their trophy for their recent “Inkigayo” win with EXO’s Chen, along with a simple caption that said, “Thank you very much.”

Congratulations to all four musicians for receiving these awards of recognition!

Dynamic Duo
San E
How does this article make you feel?