The group’s haunting and beautiful new MV for their track “Spring Day” was released on February 13 at midnight KST. It smashed BTS’s own record for the most views in 24 hours for a K-Pop group music video, which they had set with their “Blood, Sweat & Tears” MV last fall.

It then went on to become the fastest K-Pop group music video to hit 10 million views, beating out the record previously established by TWICE’s “TT.”

The music video also has an impressive number of likes, garnering over 1,177,000 so far.

In addition, as of 3:50 p.m. KST, BTS’s “Spring Day” MV continues to hold the No. 1 spot on the list of top music videos on iTunes in the United States (see below), as well as Canada, the United Kingdom, Australia, Indonesia, Singapore, Taiwan, Thailand, and many more! 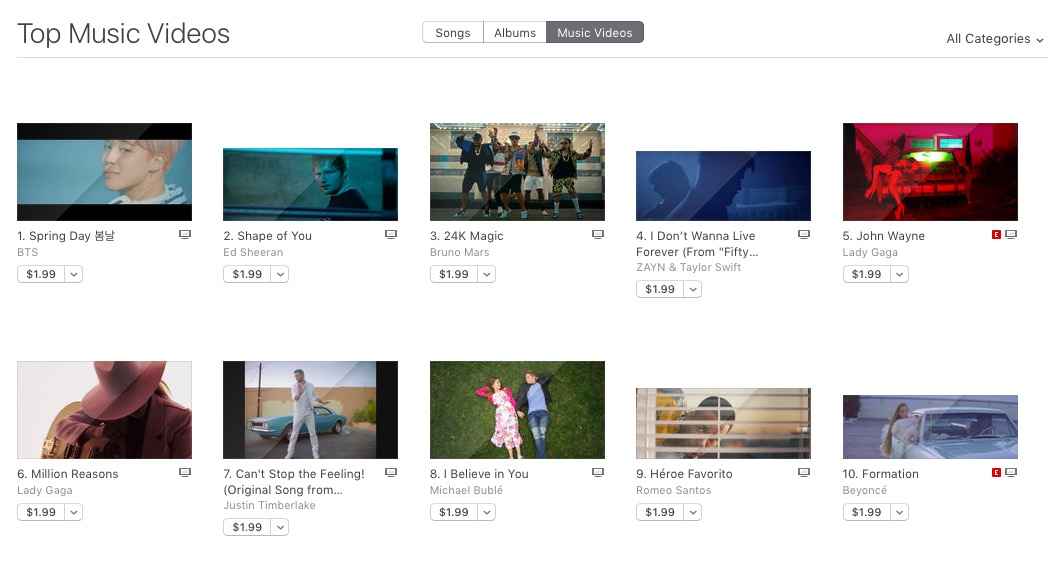 “Spring Day” is a track off BTS’s new album entitled “You Never Walk Alone,” which is a repackaged version of their hit album “WINGS” that includes four new songs. The group will be releasing another music video for their song “Not Today” on February 20 at midnight KST! You can check out the high-octane teaser for their next MV here.

Jimin posted on the group’s Twitter shortly after the record was broken! He uploaded a screenshot of the music video on YouTube and wrote, “Thank you to our ARMY for supporting us so much. THANK YOU,” and joked in the hashtags that it seemed like he was showing off.