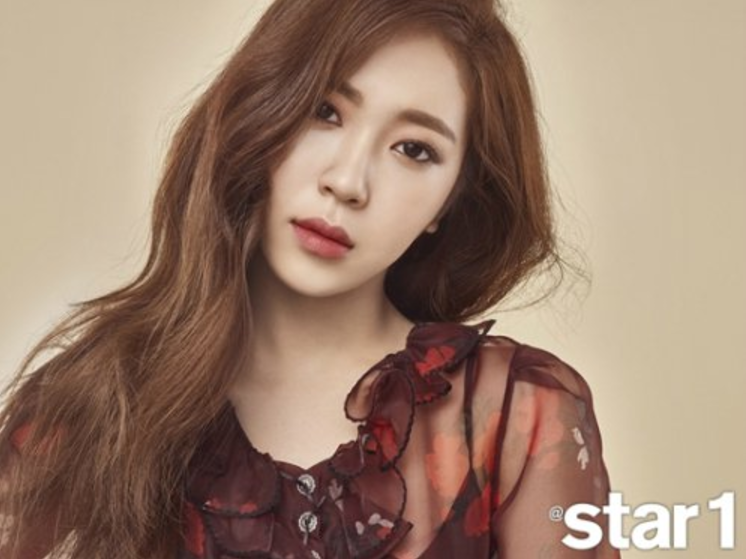 The singer sat down for an interview as well as a photo shoot with @star1 for their March 2017 issue.

During the interview, she brought up her brother, saying, “When people found out that I was Baro’s sister, it became a topic of conversation ever since I was a trainee. I worried about making mistakes because I didn’t want to do any damage to my brother. I also didn’t want to disappoint people who had expectations, so I worked extra hard for my debut. While it’s true that I’m still lacking a lot of things, a lot of people are supporting me so I’m gaining a lot of strength.”

I also shared what she wanted to learn from her brother, saying, “There are things that I’ve learned and felt from watching my brother promote [in B1A4]. Rather than thinking that it won’t work out, I want to learn to think positively. I also want to have confidence that I will improve in the future even if I have weaknesses. He’s really charismatic on stage and silly off stage but he’s usually more calm than people think.”

The singer finally talked about how Tiger JK ended up featuring on her song, saying, “One day, I got a message from my brother that said Tiger JK was going to feature [on my song]. I didn’t believe him so I asked him if it was real at the time. When my brother happened to cross paths with Tiger JK, he had carefully asked him if he could be a featured artist. When I heard that he willingly accepted the offer, I was really grateful.”

Meanwhile, the March edition of @star1 is set to release on February 21.

B1A4
Baro
@star1
I (Cha Yoon Ji)
How does this article make you feel?