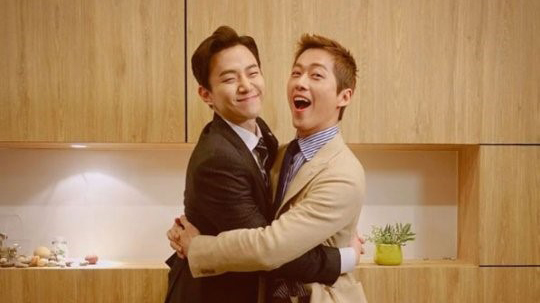 2PM’s Lee Junho Is A Bromance Expert In “Chief Kim”

2PM’s Lee Junho is currently making waves as an actor through his role as the plotting bad guy Seo Yul in KBS2’s popular drama “Chief Kim.”

He not only is able to pull off the villain role perfectly but is also simultaneously able to create an interesting bromance with his character’s rival, Chief Kim, played by actor Namgoong Min. In the drama, Chief Kim continues to be Seo Yul’s blindspot, which lends to humorous interactions between the two characters.

This is not Lee Junho’s first time portraying a bromance with a fellow actor. In the movie “Twenty,” Lee Junho worked with Kim Woo Bin and Kang Ha Neul. As the three actors are all the same age, they were able to naturally act like best friends, creating a memorable bromance for viewers. Furthermore, Lee Jun Ho also worked closely with veteran actor Lee Sung Min in the tvN drama “Memory.”

As “Chief Kim” continues its successful run, expectations are growing for Lee Junho’s next acting project.